Vicki Melson tells us a short tale of heroes, cock and cancer.   Vicki is a Sydney based aromatherapist with a background in graphic design. She has recently completed an Arts degree majoring in English and Film which she hopes will encourage her to write more. She escaped from the UK in 1987 and has since been trapped in Australia due to her love of its flora and fauna.

Vicki Melson is featured in the Queerstories book which can be ordered on Booktopia. 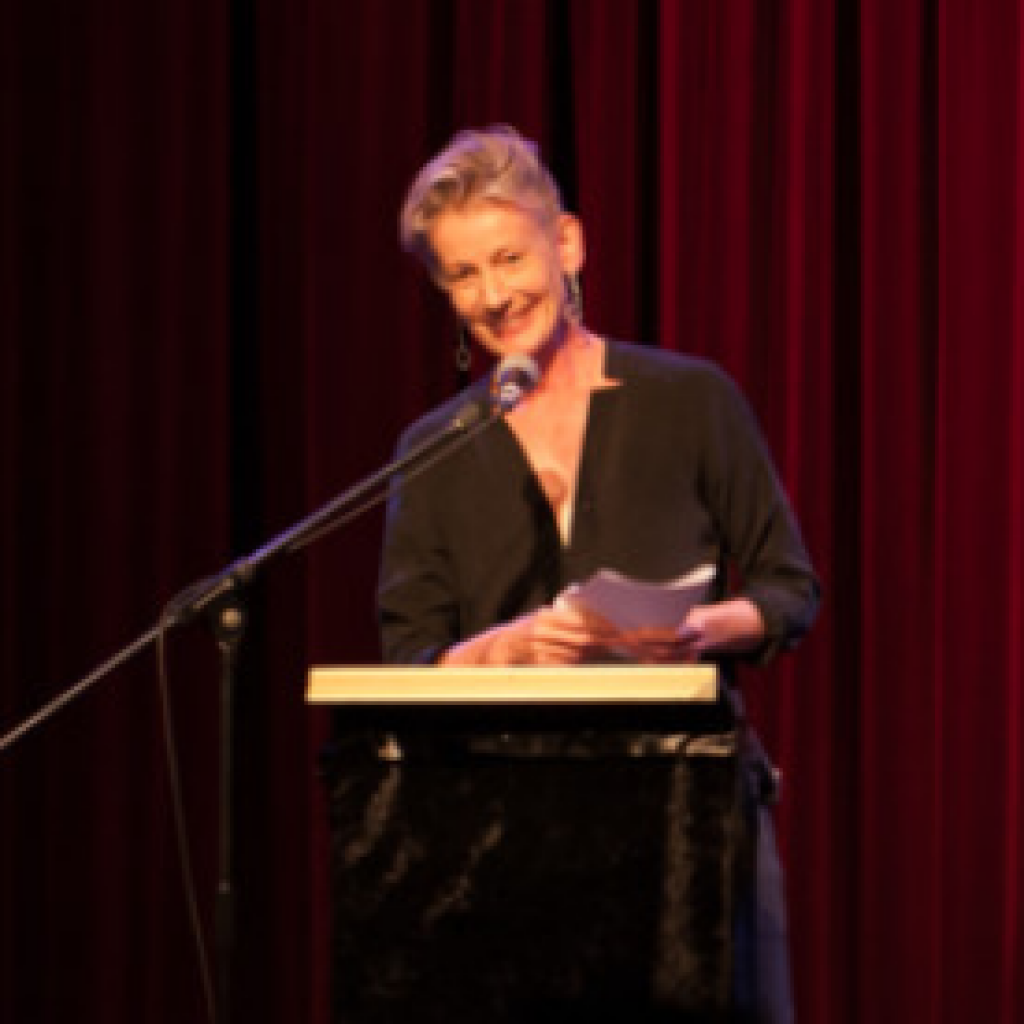 The ‘70s were not an easy decade for me. I was a fucking ugly kid. Almost six feet tall at 12 years old, stick thin, flat chested, with braces on my wonky British “teef,” and somehow, to the horror of my racist parents, an Afro, which my mother parted in the middle and attempted to smooth down, causing two permanent triangles to form on my head.

I used to write letters to God, who none of us believed in, begging him to cut off my legs and make me normal like the other girls.

My mother found these notes and squirrelled them away with all my other secrets, so many fucking secrets. In the supermarket, they called me, “Sonny,” and sometimes they still do. I wanted to die. And then punk came along and saved my skinny arse. Suddenly, it was okay not to look like Farrah Fawcett Majors, and being a freak was cool. I found myself a relatable heroine. Her name was Poly Styrene, the lead singer of X-Ray Spex.

Yeah, fucking awesome. A mixed-race girl with a mouth full of metal, outrageous dress sense and a wavering, fierce voice. She made my world turn dayglo. So, I wasn’t sure quite what to do with this new version of me. I was still a broken kid with no self-esteem, and my racist parents were also homophobes, so I spent my entire childhood as an outsider in my own home as, thankfully, I was born with the burning knowledge that I was neither of those things, and would fight my whole fucking life to defend that.

I did what all broken kids do. I searched for validation in any possible way and I found it through sex. When I was 15, I lost my virginity to a stranger at a party and I never saw him again. As we left the bathroom, he looked at his friends, laughed, and said, “She hasn’t got any tits.” 36 years later, I got breast cancer, twice, and had a double mastectomy. The irony was not lost on me. I grew up scarred for as long as I can remember. I carried my scars on the inside, and they burnt fierce and bright every day. They showed themselves through arrogance, through bulimia, through lack of self-care, of self-love. Years of twisted, burning pain, fuelled by biological family, appalling relationship choices, and a desperate urge to get fucked and fuck up.

This internal chaos… You’re not supposed to laugh then.

This internal chaos created a fierce human with a determined will, an indestructible whirlwind that loved too hard, felt too much and wanted to experience everything, and for that, I am grateful. Self-hatred, promiscuity, and a desperate need to be loved by fucking anybody is a really shit place to reside as a human, but it’s okay because eventually, if you’re really lucky, and fuck, I’m lucky, you find yourself, and cancer helped me do that. It did very strange things to me. It liberated me beyond belief. It allowed me to live very much in the moment, to finally put myself first. It also brought me out of my shell and gave me a confidence that I didn’t know that I had.

But initially, during diagnosis, that ridiculously harrowing time, when my entire sense of self, turned once again upside down and inside out, the dance floor became my place of salvation, my healing place. My darling queerdoes became my support network and kept me sane, and we spent hours, days, weeks, pulling apart sexuality, body image, life, death, and what it is to be human.

During that time, I was drawn back constantly to my teenage years to where my obsession with long, lean, androgynous bodies came from, from when I discovered Queer. I’d already decided to take not just the one, but both breasts off and not reconstruct. I repeatedly refused the offer of prosthetics, pushing the giant bra back across the table to the breast nurse, as she tried to convince me that I’d regret my decision. Fuck that. I wanted to be that body, but I was fucking terrified. So, I looked to Bowie for inspiration, my other hero.

Yes, my other hero, the man who fell to earth. Mutant. Freak. Glorious fucking weirdo. I first became obsessed with him at 17. I was dating a seven-foot man who wore a full face of makeup and a floor-length trench coat, synched tightly at the waist. His name was Rex and he hung out at beats, fucking men in the toilets. I thought it was the most romantic thing in the world.

And I still do, I loved it. I love that shit. Rex loved Bowie. He had an enormous nose, my weakness, seconded only by the Madonna tooth gap and copied Bowie’s bright orange hair. My father hated him, completely threatened by his femininity and overtly camp nature. This made me gloriously happy.

Rex called me Vicki Wow, and painted my name on his bedroom wall in two-foot-high letters next to Bowie’s and, sadly, next to the word “Heroin,” which he spelt incorrectly. He wasn’t too bright but, fuck, he was pretty. To the soundtrack of Bowie, I learnt to fuck, I learnt that gender was fluid, and I learnt that queer ran through me like a fucking river.

So when my old friends ask me, “What made you decide to be Queer?” as if it was some magical moment, as if cancer made me gay, I tell them it’s always been there. I’ve never felt gay. I definitely didn’t identify as a lesbian and bi was way too restricting. “Queer” fits me like a glove. It supports me, it moves with me, it winds its way through me and runs through my veins.
On occasion, I get hounded by my fellow queers for loving cock.

Fuck that, I adore cock, be it hers, his or theirs.

I adore pegging boys. These days, I fuck you because I want to. No one can tell me who to fuck, or who to love, or how to live. No one has the right to pass judgment on that, to tell me I haven’t fucked enough women to be queer. Queer is inside of me. It’s the essence of me. I love my logical family. I would fucking die for them. I love my queer unofficially adopted son Jack, who tells me that his dick is bigger than mine until I point out that I can just buy a bigger one.

I love my queer boy fucks and my delicious girlfriends who kiss me forever. I love my straight Tinder boy who asked, incredulous, “What? You think we’re not going to fuck anymore?” when I finally told him that they were cutting my tits off because, yes, I did think that. I seriously thought that I would never have sex again. But no, he called me a bad-assed bitch and fucked me against the wall before my scars had healed, and he still does, and I love him for that.

I tear down people who say, “You’re still hot.”

Fuck that shit. I love my body. I love my scars. And I love every queer, fucked-up inch of me.

So, queer comes in many guises and no one has the right to put parameters on that. No one has the deeds to Queer. No one has to tick boxes X, Y and Z in order to qualify. To pass judgment on others as to not fitting into the box of Queer is to exclude and vilify. My heart breaks when I witness the bullshit fighting within our community, the nitpicking, the hierarchy. Fuck that shit. Imagine how strong we’d be without it. Imagine the power if all that focus went in one direction instead of bouncing insidiously in so many others. We are powerful fuckers. We are smarter, stronger, and infinitely more fabulous than those who try to take us down.

We have fought more battles along the way than the average human will fight in a lifetime. Being Queer saved my life. Thanks, Poly. Thanks, Bowie. Thank, You.