Dennis Altman – The Masseur and the Lunch Party

Dennis goes on a walk down memory lane, all the way to the Adelaide Festival 1988.

Dennis Altman first came to attention with the publication of his book Homosexual: Oppression & Liberation in 1972. His most recent book Unrequited Love: Diary of an Accidental Activist was published last year. Dennis is Emeritus Professor and Professorial Fellow in the Institute for Human Security at LaTrobe University. He was President of the AIDS Society of Asia and the Pacific and has been a Board member of Oxfam Australia. He is an Ambassador for the Human Rights Law Centre and Patron Australian Lesbian and Gay Archives and the Pride Foundation. 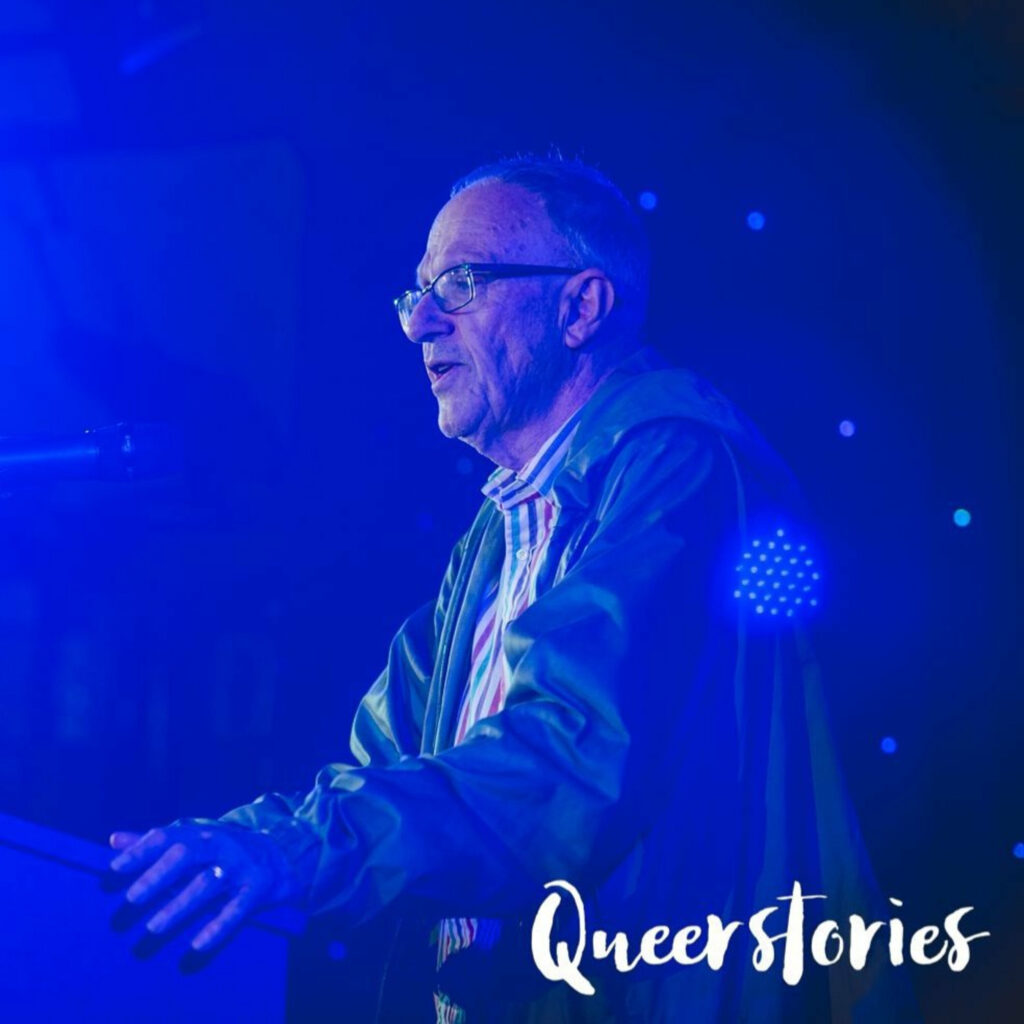 Before today’s story, I just want to do a quick plug for a show I’m doing, both as a live event for those in Sydney and as a livestream available internationally via Global Fringe. I’m hosting a cabaret variety hour of incredible local performers called Queers On The Fringe, September 23 to 26, with a pay-what-you-feel livestream on the Wednesday night. I’d love you all to tune in, I’ve got an incredible line-up of comedy, music, drag, movement, storytelling and more, with Jamaica Moana, Brendan Maclean, Victoria Zerbst, Nina Oyama, and Jojo Zaho. Check it out and book your tickets on sydneyfringe.com

And now, Dennis Altman first came to the world’s attention with the publication of his book Homosexual Oppression and Liberation in 1972. His most recent book, Unrequited Love: Diary of an Accidental Activist, was published just last year. Dennis is Emeritus Professor and Professorial Fellow in the Institute for Human Security at LaTrobe University, he’s an ambassador for the Human Rights Law Centre, and patron of the Australian Lesbian and Gay Archives and the Pride Foundation. He performed this story in Melbourne in February 2020.

‘A small lunch,’ my host had told me on the plane before I arrived in Adelaide. ‘Informal.’

‘Informal’ in other parts of Australia conjures up a barbeque and bring your own salads.

Here in Adelaide, it meant white pants and jackets and enough champagne, much of it cheap, which was my own contribution to launch Writers’ Week. I’d struggle out of bed after a heavy night of festival-going, plus several decades of reminiscences in the fest bar to find my way, as they say, ‘out’. Both muscles and joints aching for adjustment.

The health care profession can keep itself afloat on sore backs alone. Doctors, chiropractors, osteopaths, physiotherapists, acupuncturists are all convinced that just they can cure them, but to go to anyone else will lead to greater damage and permanent invalid status as we just saw demonstrated.

I knew neither chiropractors nor osteopaths in Adelaide, nor – despite the telecom ads – am I inclined to trust the Yellow Pages in such cases. However, a friend of a friend had recommended Paul the masseur. ‘Superb,’ he said. ‘He’ll relax you.’

Reflecting that Paul would be inconsiderable demand at the time, I called and was told not only that Paul was available, but that he could come to me at 4:30 that afternoon. I could even attend Jan Morris’s lunch for Frank Moorhouse in an upright position.

Which raised certain delicate matters of guest protocol. Lunch parties, I well knew, might continue well beyond 4:30. How would they respond to the sight of me disappearing upstairs with the masseur? How and to whom did one introduce one’s masseur?

I wished the lunch was before rather than after the appointment so that I could consult Frank and Jan on the etiquette of the situation.

Predictably, the lunch party began an hour later than scheduled. Equally predictable, there was no sign of the guests leaving as the appointed hour approached. On the contrary, the approach of the masseur was treated with some hilarity by the guests who are obviously intimately familiar with the various ways in which the term was used in certain ambiguous newspaper advertisements.

He arrived at 4:30 exactly and was disconcertingly beautiful. Well, you know.

That he arrived complete with a folding massage table and an array of oils did nothing to assuage the fonder hopes of the guests.

‘We’ll come up and peek through the door hole,’ said one of them, eager with anticipation.

(You don’t know how hard it is to read small print in this light!)

Having lived in Northern California, where rather like tofu and alfalfa sprouts, it goes with the territory, one’s massage is referred to casually, much as here in a more materialist Australia, one might talk about one’s dentist.

Apart from the regrettable desire to expand your spiritual insights while holding you defenceless face-down on a massage table, my experience of masseurs is of gentle, slightly hippie men who nevertheless take their work seriously.

‘You know if someone’s just calling for sex,’ one told me once, ‘by the tone in the first sentence. And if you get it wrong, it’s very easy to control them.’

‘Sure,’ said Paul later when I saw him. ‘It’s the masseur who’s always on top.’

Paul proved to be a slightly ocker variant of his Californian counterparts, inclined to talk football rather than the harmonic convergence, but as able and as matter-of-fact as them about sex.

‘Handjobs extra,’ he said. ‘Some of our clients want it, some don’t.’

Being a romantic, I fell into the latter category. Believing –as unfortunately still true – I believe that the illusion of reciprocal desire is necessary for a sexual encounter. But I hasten to add, this is not a prescription by which I believe anybody else should live. And there are people, obviously, who derives certain gratification from paying or indeed from selling sex.

‘What’s frustrating,’ said Paul, pounding away at a particularly resistant knot, ‘is that people won’t take massage seriously. They get titillated by it, or they think it’s what footballers have after the shit’s being kicked out of them on the ground.’

‘Almost everyone’, as he dug his fingers a little further into the clavicle, ‘could benefit from a decent massage.’

Shrieks of laughter penetrated the room from downstairs where I suspect fantasies of a vaguely orgasmic nature were being extracted by the guests.

In fact, as I discovered later, they were having a heated argument about the morality of medical fees, in which several of them had very clear vested interests.

‘Everyone gets hard ons,’ he said. ‘Even the straight boys.’

Accompanying a firm sense that he was a professional healer with particular skills to offer.

So after the massage, where only some of those skills were apparent, Paul was towelling me down and began packing up his paraphernalia. ‘Your first time in Adelaide?’ he asked me.

‘I went to a meeting at Adelaide Uni then,’ said Paul. ‘I was still at school. I told my parents I had basketball practice. Some bloke from Sydney was speaking.’

I’d checked my diary before coming. I have an anally obsessive mind, which means I have a diary – essentially appointment books – going back to the early 70s and I checked it and the entry read, ‘2 Adelaide Uni. Meeting: gay lib setup.’

‘I wanted to get off with you then,’ said Paul. ‘But you didn’t notice me.’

I looked at him closely. ‘I find that hard to believe,’ I said.

‘I was skinny with pimples and I was too scared to come up to you.’ He grinned. ‘The next year Allen Ginsberg came to town and I got him.’

He grinned. ‘But take my card, you might need a massage next time you’re back in town.’

I showed him out through the too-casual poses of the lunch guests downstairs, and came back into the lounge room.

‘Good?’ asked one of them, trying not to giggle.