Robert Dessaix is known as a leading broadcaster, for many years the producer and presenter of the ABC’s Books and Writing program. He left his twenty year academic career as a lecturer in Russian language and literature at the University of New South Wales, and the Australian National University, to work in theatre and for the ABC. He is a novelist, essayist, critic and translator.

Adopted as a baby, in 1994 he published A Mother’s Disgrace, an autobiographical account of his experience of adoption, and also edited Australian Gay and Lesbian Writing: an Anthology for OUP.

Other books include Turgenev: The Quest for Faith (1980); Picador New Writing (1993, edited with Helen Daniel); A Practical Handbook of Russian Aspects (1994); Night Letters (1996) which was his first novel, and was shortlisted for a number of awards including the Miles Franklin; Secrets (1997, with Amanda Lohrey and Drusilla Modjeska); and Speaking Their Minds (1998); a book of short fiction, essays and journalism entitled (and so forth). He also worked on Great Travellers a ten-part series for ABC Radio. His other publications include Corfu: a Novel (2001). Twilight of Love followed, which highlighted Robert’s fascination with Russia and in particular Russian writers. Released at the Melbourne Writers’ Week in 2004. Arabesques, (2004) was based on the life and travels of Nobel Prize winning author André Gide. Part travel, part memoir.

Robert’s recent collection of non-fiction, As I was Saying, is a swirling conversation with the reader on everything from travel to dogs and cats, from sport and swearing to the pleasures of idleness. Robert lives in Tasmania. 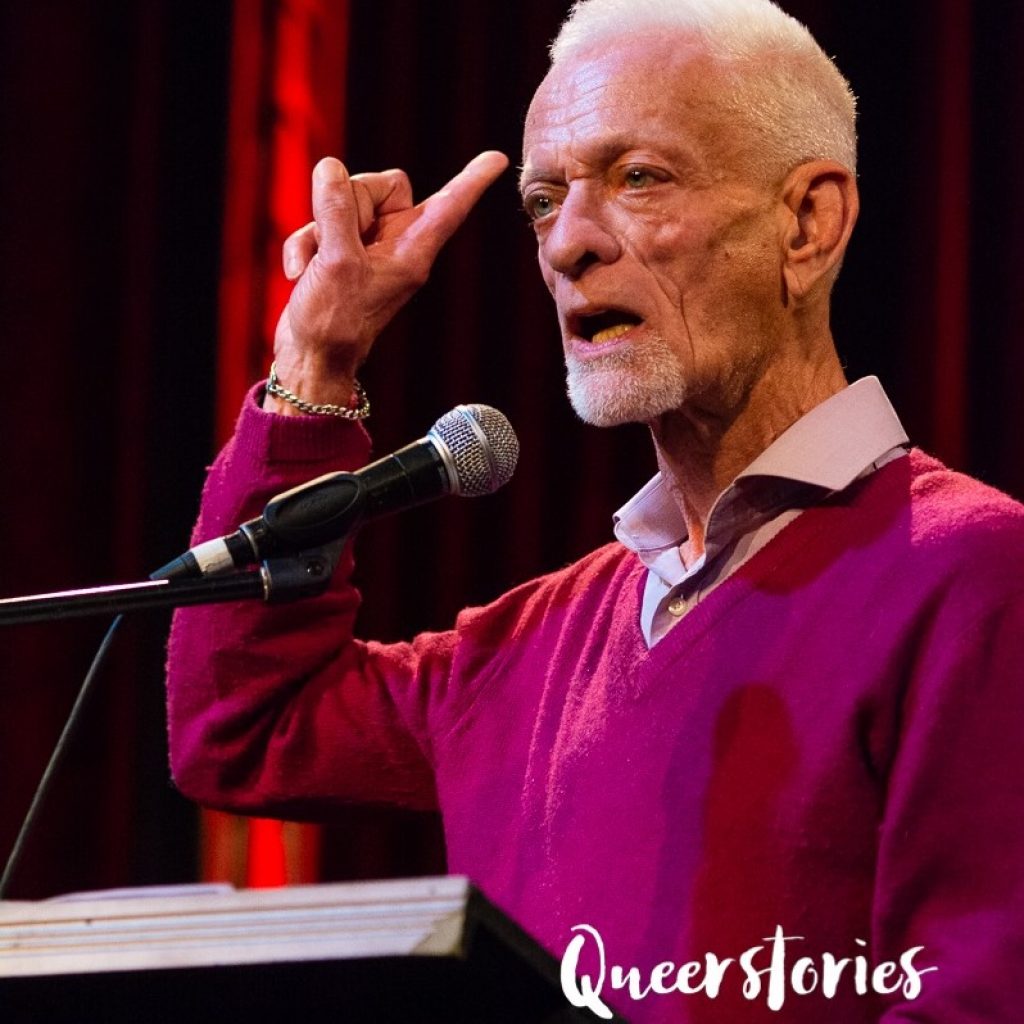 Robert Dessaix is is a novelist, essayist, critic and translator. Known for many years the producer and presenter of the ABC’s Books and Writing program. Prior to this he lectured in Russian language and literature for twenty years. Adopted as a baby, in 1994 he published A Mother’s Disgrace, an autobiographical account of his experience of adoption. He also edited Australian Gay and Lesbian Writing: an Anthology for OUP.

Now, the best stories in my opinion
(rooted, by the way, in a lifetime of reading fiction,
for the most part foreign and sensational –
Russian, Indian, French, English, Chilean … what an adventure) …
the best stories are … (when it’s all boiled down) … about love of some kind.
(The French would say that they are always about adultery, of course –

– all French fiction being about adultery, there are no exceptions –
but I think that elbows Enid Blyton out, and I love Enid,
She was a seminal influence in my own emotional and storytelling development,
and so I’ll just say ‘love’.)
In the best books it always ends badly, as does life itself.

But let me offer you today
an example of a subgenre that is gayer (in the cheery sense):
the love letter.
It’s not Les Liaisons dangereuses, but still: it’s heartfelt.
I wrote it recently.
It’s to my Collins Robert Unabridged French-English English-French Dictionary.
You’ll sense the rawness of my emotions.

Bonjour, cher dictionnaire!
[And don’t you love the way the French would put an exclamation mark at this point – so jubilant, so like a hug, so much chirpier than our English comma …]

It’s time / after all these years / to speak frankly: I love you.
You’ve aged, mon cher ami,
your hard cover has gone squishy at the corners
and half fallen off,
your pages have yellowed and are scuffed
(indeed, I’ve yellowed over the years /
and feel a bit scuffed now myself),
and page 515 – do you remember that morning? – I was looking up “liaison”,
such an important word to get exactly right, don’t you agree? –
is smeared forever with spilt tea and a smattering of lamington.

I didn’t mean to sully you, but what can I say?
I was overwrought.
But I want you to know that I love you.
Some wonder what we can have in common –
apart from a passion for language, of course.
They’re forever hinting I must be on the verge of throwing you over.
But there’s a luxury, an ease, a kind of beauty
in the simple dovetailing of our two quite separate abundances …
not every amour in life (surely) needs to have its roots
in a vast, symphonic coming together/
of minds, souls and bodies.

No, truly, never.
Well, ALMOST never. Just now and again, perhaps.
Late at night when I’m tired and emotional.
Boys will be boys.
(that’s Les garcons, on ne les changera jamais! – according to you, page 1081.)
But it’s not love, my dalliance with Google,
it means NOTHING, trust me.
Google doesn’t understand me as you do.
Our relationship is a purely utilitarian one.
It’s you I love, mon cher Collins Robert.

How many years have we known each other?
It feels like a lifetime.
You weren’t my first, I admit that, my first was Harrap’s –
Harrap’s Shorter French-English Dictionary.
I was but a callow youth at the time – and poor.
There is no comparison with you, though.
You are beyond compare.
Where Harrap’s was “shorter”, obviously,
your amplitude, your plenitude,
your generous proportions verge on the voluptuous.
You’re so deliciously unabridged.

What delights / you’ve offered me – and with what largesse –
in every season.

In love, in sorrow, in flirtation, in gratitude, in friendship …
you’ve rarely left my side.
Sometimes I just sit with you and feast on the inner you!
Malabar, Malachie, malade, maladie, maladif, maladresse …
I roll my tongue across your m’s as my eye drifts downwards …
Malabar I am in India,
Malachie I am an Old Testament prophet,
Malade and maladif I am ill, off-colour, sickly, diseased, unhealthy,
Maladresse I am clumsy, tactless, indelicate …
I have multiplied, I am many, I am a honeycomb of me’s,
How you’ve magnified my mind, mon cher dictionnaire …
although “mind” is, as you have taught me, one of those words
you have trouble finding an equivalent for en français.
How curious. It’s not your fault, it’s the fault of the French themselves,
I know that now,
I can’t blame you, you do your best,
indeed, you offer me a whole page of French possibilities,
don’t fret about it – ne te tracasse pas.

Do you remember when I first thought I might be falling in love with …
Who was it? Can you recall?
That summer when all my friends went away
and I was left mooning about, and mooning over …
(rêvassant, soupirant pour … qui?
who was it, actually?
I thought at the time I’d die if my love stayed unrequited …
(but it did / and I didn’t, / one doesn’t) …
someone French … oh, yes, now I remember …
and what you taught me as I tried to refine the language in my billets doux
(the English for billet doux being billet doux, of course,
writing one is such an un-English thing to do)
what you taught me / was how to think more subtly,
more adultly,
less soppily, without turning to syrup (as the Russians put it)
about amorous feelings.
Toquade, liaison, engouement, béguin, s’enticher, s’amouracher
and an English amour is not l’amour,
but we do have smitten in English, we have beguiled, bowled over, wild about, ensorcelled, besotted …
it’s endless, it’s a smorgasbord of amorous feelings,
choose wisely which dish / you wish to sup from,
as you eye off – or do I mean just eye? – the dishy …

I decided (I remember) that what I felt was a tendresse particulière
(a special kind of tenderness),
it wasn’t love at all,
but without you I’d never have reached that moment of sanity,
and could easily have slewed right off the rails.
So merci infiniment, as they say.
My heartfelt thanks.

For you, though, cher dictionnaire, my love is pure and unalloyed.
Yes, I’ve dallied with Google Translate and …
look, to be honest, sometimes, not often but sometimes /
I feel very taken with Roget’s Thesaurus,

c’est plus fort que moi, as we say in English (or some of us do) –
I can’t help it, in other words, I just do, it’s a kind of madness,
Roget’s Thesaurus makes me feel so vast, so beautiful,
although in real life I’m neither of those things.

But you, mon cher Collins Robert,
you are my very Frenchness, you are my alter ego,
you give voice to my French shadow and make it real,
I look up “Phoenicians”, and come away with “phantasmagorical” and “pheasant” and “phoenix” and “phooey” – all in French.
My pleasure in you is without measure – truly.

Other books I can take or leave –
Shakespeare, Chekov’s complete works, the Bible,
Tolstoy (ninety volumes), Jane Austen’s Emma, –
but you I must keep by my side,
I need you / in order to be completely me, you see.

Je t’embrasse très fort,
With all my love,
Robert