Peter Waples-Crowe: Me and My Ghost Stories

Peter shares stories about his spirituality and otherworldly happenings.

Peter Waples-Crowe is an award winning Ngarigo queer visual and performing artist whose work has featured in many spaces throughout Victoria. His art practice plays at the intersection of his experiences as an Aboriginal queer man and his work with community health and community arts organisations such as The Torch, the Victorian Aboriginal Community Controlled Health Organisation and his current role at the Victorian AIDS Council. 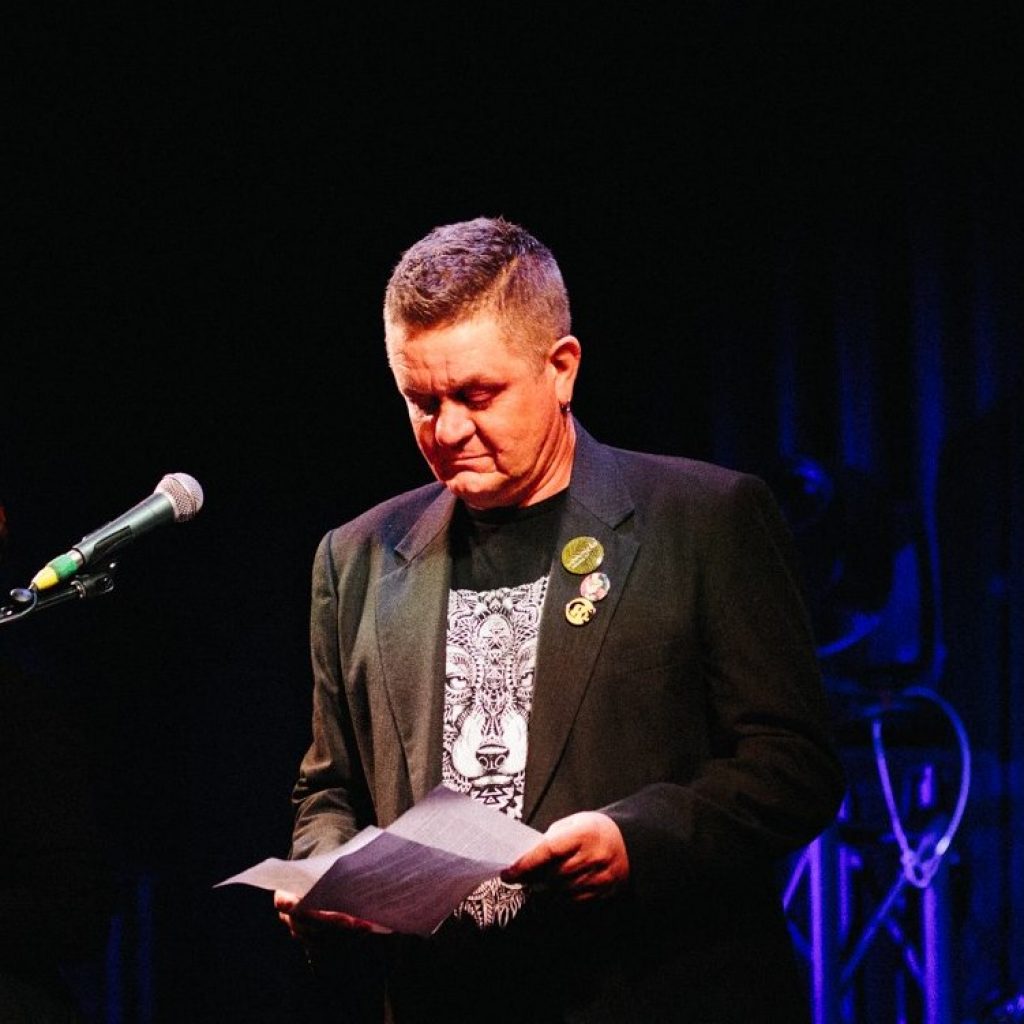 This week – Peter Waples-Crowe is an award winning Ngarigo queer visual and performing artist whose work has featured in many spaces throughout Victoria. His art practice plays at the intersection of his experiences as an Aboriginal queer man, and his work with community health and community arts organisations, such as The Torch, the Victorian Aboriginal Community Controlled Health Organisation and his current role at the Victorian AIDS Council. Peter Waples-Crowe.

I have an interesting Aboriginal story. I was adopted into a non-Indigenous family and my life has been about finding my way back to my Ngarigo homelands. It’s been a long and winding road to this point, and you find me in a wonderful mind space, just happy with where I am at in my life. I’ve really connected home in the last five years after thinking a full reconnection might never happen. Being queer made the journey harder but I’m here, I’m queer, and I’m Ngarigo.

Tonight, I wanted to talk about spirituality and how I’ve always been a spiritual person; not in the religious sense but in the world of spirits, and ancestors, and strange happenings. I believe in good spirits, animal totems, and evil things best avoided.

Lately, I’ve been recalling a red, Aboriginal bust – part of decorative art movement called Australiana – which put our images in ashtrays, felt paintings, and on plates and everythings. These images are reimagined by contemporary Aboriginal artists like Tony Albert and others. Its called Aboriginal kitsch in popular culture, I think. Well, that’s what I call it.

Anyway, getting back to the bust, it was, it was a statue that sat on my mantelpiece in the Waples Family home; the family I was adopted into. I honour them by keeping Waples in my surname. My creator being in my Ngarigo land is Baiame, the Sky Father, and he appears as an old Aboriginal fella with a long white beard. So this is who that bust is like, and I’m now comforted thinking back, knowing that this ancestral figure was watching over me all along, and that I didn’t realise it.

Maybe I landed in the best family for me at the time, and maybe I wouldn’t have fared so well back in the tiny hillbilly town that was Tumbarumba, where I was born. I don’t think it was a coincidence to have that bust there. It’s these little things that fascinate me and that keep me grounded. Destiny and fate have brought me to right here, right now.

The Waples Family were a very spiritual family who believed in spirits, and Ouija boards, and ghostly happenings. My dad, Albert, was a real sceptic but even he talked about the creaking wicker chair that my dead nan used to inhabit whenever one of us kids were sick. It scared my mum so much that she threw the chair out, as she thought Nan was going to take the sick kid into the next world with her.

After the chair was gone, dad said the venetian blinds started to click…

… like someone running their fingers down them. Nan was still around and had just found a new way to communicate. I was happy to know Nan’s spirit was around. Not scared, this was just normal in my world. Maybe we need some sound effects here.

You have to keep a sense of humour in the spirit world.

Growing up with this family opened me up to believing in other realms, and that life is just a phase we go through. And after my Mum passed away when I was in my mid twenties, I believed even more that we are just body bags, and some sort of energy goes on.

What keeps our heart beating? What is that energy? Where does it go? As my mum died, she said she could see a light in the corner of the room and she was going there. She died the night after saying this to me. I was at home, sitting in front of the open fire and it suddenly went out. I just knew she had died at that moment, and it was true.

I was pretty close to my adopted Mum and she even visited me after her death. She told me she would be around for a few weeks. She inhabited the body of my cousin, and let’s just say this was a lesson in being openly queer. She wanted me to be out and happy; something that I struggled with in a tough neighbourhood, and with AIDS hysteria all around me. We never really talked about my sexuality but she was showing, in my repressed cousin, what not to be. She was a good Mum, in life and after it.

Not all spirits are good, and there was a point in time when I got chased by a spirit across Wollongong who was looking for a friend of mine. I was in my flat and I could hear the name Nedean being called out. I had gone to visit Nedean and found her flat wide open, and she wasn’t there so I left and went home. We didn’t have mobile phones then.

Then this guttural voice was calling her name in the stairwell, and I was fucked if I was going to let that thing in.

I had found out later that she had seen a glowing orb at her window and ran out of her flat before I turned up. Whatever it was, it wanted to find her. And it was at this point in time that I got really scared by my spirituality, and I sort of shut it down after this really creepy experience.

But it’s never really been shut down and I’ve had a lot of great experiences since then. My spirituality is now tied really solidly to my Aboriginality. Most of my days, I start by dancing in my courtyard, and calling in the new day and the Ngarigo ancestors. These are personal ceremonies that keep my happy and walking in the light. Dance and these ceremonies are important to me. I only want good things around me now, and I feel my ancestors close, and all the loved ones that helped me become the Queer Koori I am today. Thanks.