Faced with the chance to change herself, Liz Duck-Chong had to ask herself if the act of changing would involve a bigger shift than expected.

Liz Duck-Chong is a writer, sexual health advocate, filmmaker and transgender bon vivant who is a true renaissance figure in the sense that most of them were really gay. She can be found on Twitter at @lizduckchong, in your ears on the podcast Let’s Do It, or lying in the sun eating dolmades and thinking about sex. 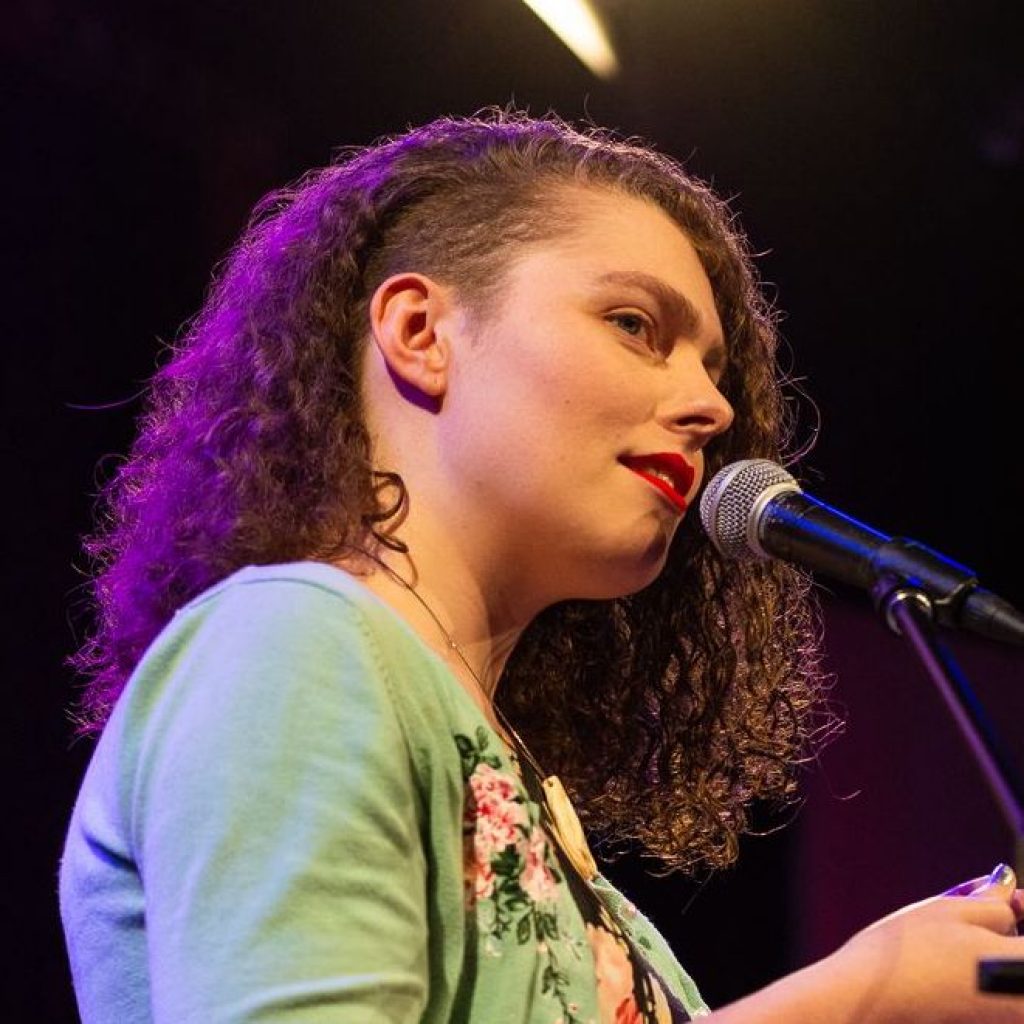 Coming up – Liz Duck-Chong is a writer, sexual health advocate, filmmaker and transgender bon vivant. She can be found on Twitter at @lizduckchong, in your ears on the podcast Let’s Do It. Liz was also featured in the Queerstories book, but this is a new piece that she performed in Sydney in October 2018.

I have always wanted a cunt. Like a tale I keep telling myself, little else in my life has held this unwavering through-line of narrative, a story arc from pubic mound to fourchette with the hope of resolute climax somewhere along the way. My relationship to my transition is complicated in many regards, but this remained salient – I’d no clue what kind of woman I would become, but without question, that woman wanted a cunt.

Now, I didn’t always know it by that name; cunt sits on the tongue of my queer laconic self easily, savouring the sonority of the consonants, the crisp mouthfeel of my Cs and Ts. But before that, I wanted a vagina, and before that, a bearded clam, a va-jay-jay, a flying V, a honey-pot, a slit, a peach, a vertical wink of my very own.

And long, long before any of that I just wanted something else.

Being a woman born in the body of a manuscript a few pages short, you’re not allowed to want a cunt, you have to need one. Choice is a distant relative here, and one you’re probably not out to anyway. But really, I just wanted a cunt, and wanting isn’t nearly enough.

My time in Thailand five years ago is a blur, rushed through the ecosystem built around this man who has perfected the art of permanent penis puppetry, my cunt, the sexed-up muppet guest star – that’s an image.

In many tellings, GRS remains a simple thing. It is the creation of one known thing from another, a refashioning of what was to what might have been. But there is little in the way of choice here, and we all emerge into a slow process of learning how these bodies now function, how they feel, how they fuck.

But returning last year to that surgeon’s thrall, largely unprepared and last minute, threw that story out of balance. I may have wanted a body like this one, but I needed a narrative, and that narrative had disappeared. I was so sure that first time I’d be done, that some pink velvet curtain would fall on my self-creation, and yet here I was, re-remaking yet again. All along I had felt a need to be here, and yet once here again, it had all been a want.

The friend I share a hotel room with has done her research and provides me with copious notes on what can be remedied or remodelled. I read blogs of women who’ve joyfully emerged tidier and tighter and take notes. I craved a vaginal denouement for my transition, my cunt the coda to a girl-power monologue I’d grown tired of paying lip service to, but maybe secretly still believed.

The words of women who have walked before me – slowly, so as not to tear the stitches – pay homage to this secret needing; the formation of this body, an achieving of a finality we let slide a little. It feels important to use this part of me to be radical. I want to fight back against this narrative imposition, but I can barely find the energy to change my dressing, bleeding through layers until I awake in a red pool. At the communal table, we joke about baptisms, but I just resent my wavering doubt – am I actually one of the bad ones? Was I always?

The very act of revision, the word itself, implies it is a change brought about from new perspectives, or from further evidence, but it is the chance to change that invites those perspectives in the first place. Given the opportunity to go back, I fast come to reinvent my cunt in the image of imminent improvement; creating the conditions of better – the flaws I had learned to love, now documented and detailed for the fixing. I send through photos of my cunt splayed open like a high school health textbook, but all the labelled arrows now just say “not good enough.”

I want for a history, for a theory of the ambivalence of womanhood, for the affirmation of a sisterhood who have shrugged where I stand. The canon of womanhood is a broad one, but am I allowed the space for recreation, for revision; for regret, even? For a field so often defined by expansion of the body, to suggest we expand what bodies are allowed to be included has us pushed out and away like a soft skull; only with more cotton ceiling than pelvic floor at play.

We talk of birth as the moment that makes a woman, a splitting of a lifetime into two parts – before and after – but what does this mean, when any experiences that are claimed to hold this weight are absent from some people who are women and present in others who are not. What about the trans man who experiences the first Rorschach of a period, the non-binary person billowing under the weight of carrying twins; me spread-eagled, stirruped, sedated nowhere near enough, while a man I just met makes a woman out of me.

I’m here telling you all of this because it’s one of the only stages I am asked to appear upon where I don’t need to justify my experience of gender while I’m up here. I fear that so many of us harbour under the surface, still, an idea of womb as womanhood, of the sisterhood of being birthed and birthing both. But, maybe we’re approaching it all wrong; maybe our biology, our bodies are just the bibliography. There’s something bigger and more complex out there that we all point to, but lazily, with a large hand that holds a half-full glass, otherwise preoccupied by a room full of promise.

Yet, I find myself still asking, still needing a moral or a message to go home with. The matinee crowd grows tired of my search for a third act; category work is only good so long as you can get it, and I’m a bad actor. We are so quick to label the things we do to ourselves as queer stories, when we are the stories, all of us – our whole bodies and lives unfolding as a space we can use to write in the margins, to queer, and sometimes to want more.

I became so busy asking what is and isn’t an experience of womanhood, I didn’t make time to ask what could be. And this – this is where we bloom. Maybe I don’t need this narrative to be linear; maybe I’m experimental non-fiction, a personal ad or a slam poem, or maybe I’m just the sound made when she’s crammed inside of me, up to the knuckle; like a prayer.

Maybe I’m just a person, standing before you – a bit older, a bit stranger – whose body isn’t quite like it used to be, but in that way, we are the very same. And I want to know, do we need more than that? Thank you.