Kip Chapman: The Taste of Home

When meat and three veg meets prawn flan, Kip shares a tale of both creative and romantic collaboration.

Kip Chapman was a recipient of the New Zealand Arts Foundation New Generation Award for services to theatre in 2013. He was a core cast member of the Emmy Winning TV drama Top of the Lake, and has also appeared in numerous other film & TV productions. In 2017 he was the Creative Director of the World of Wearable Arts, New Zealand’s biggest annual theatrical event. He is the founder of The Auckland Theatre Awards. 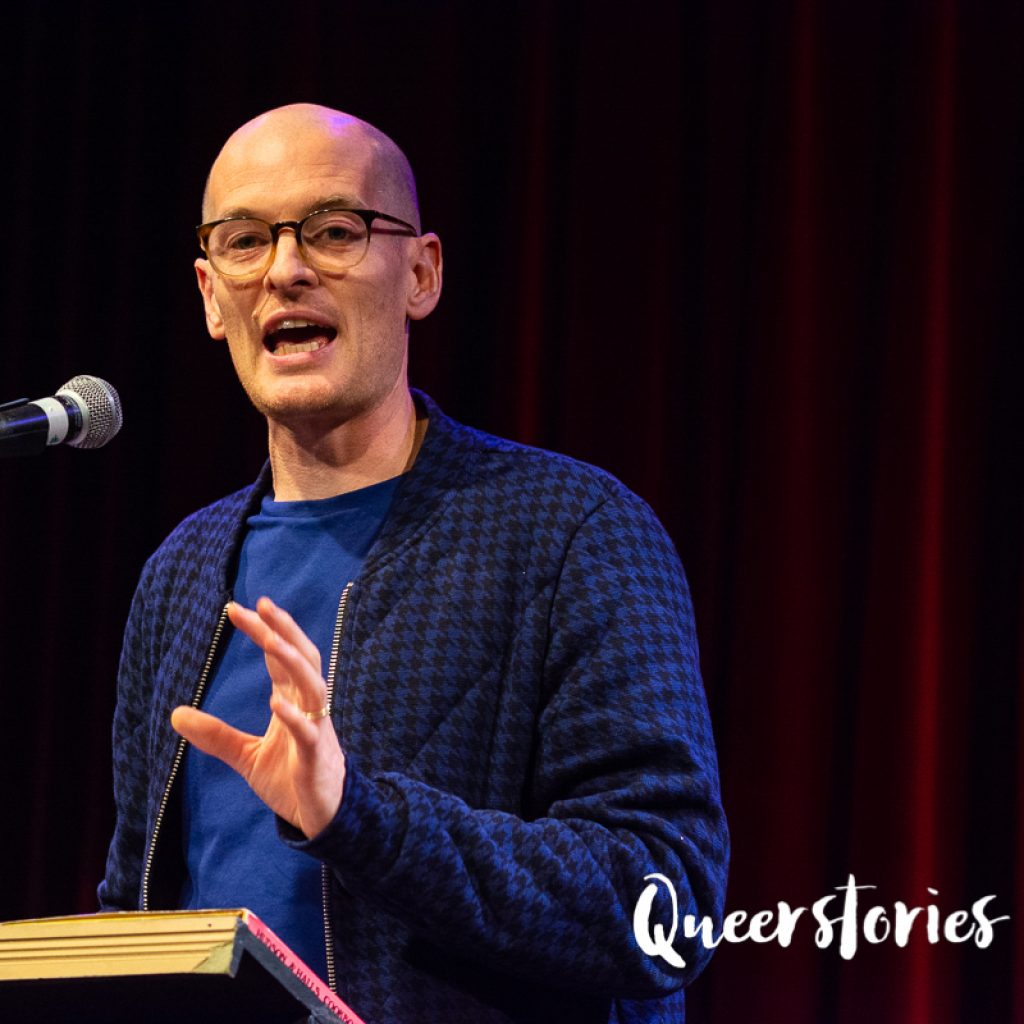 Kip Chapman was a recipient of the New Zealand Arts Foundation New Generation Award for services to theatre in 2013. He was a core cast member of the Emmy Winning TV drama Top of the Lake, and has also appeared in numerous other film and TV productions. In 2017 he was the Creative Director of the World of Wearable Arts; New Zealand’s biggest annual theatrical event. And he is the founder of The Auckland Theatre Awards.

This is the recipe from the Hudson and Halls cookbook 1987 for the Frosted Cheese Mould. The ingredients are:

This is how you do it:

Beat the cottage and blue vein cheeses together until well blended, stir into the heated milk and gelatine. Add lime juice, nuts and food colouring. Mix well. Fold in the whipped cream. Pour into ring mould and chill for six hours. Fill centre with melon balls, orange segments, frosted grapes and some sprigs of mint. This serves six to eight people.

Every day when I was a kid, growing up in Suburban 1980s Christchurch, New Zealand…

*A group of audience members whoops*

I would get home from school and my Mum would be in the kitchen making dinner. I would ask her what was for tea, and she would reply with one of three answers: Sausages, chops or mince. Everything else was implied. There was always potato – mashed – and two other vegetables – microwaved carrots, very wet pumpkin, over-boiled Brussel spouts or silverbeet. It was classic meat and three veg every single day. And my Mum worked full-time. But she’d get home at 5:15 and dinner hit the table at exactly 6 PM every night of the week. No idea what my Dad was doing at the time. In fairness, he occasionally made a cheese sauce. And I loved these simple suburban meals. The compartmentalisation of every element on the plate: Sausage, potato, pumpkin, peas, sauce to bind them all.

But things were changing in 1980s New Zealand, in no small part to two wildly camp, wildly alcoholic, and wildly funny TV chefs Peter Hudson and David Halls. Between 1978 and 1986, they ruled the airwaves in New Zealand, fighting against bland food and bland living with their over-the-top party food recipes and their flamboyant – yet not massively skilled – cooking style.

And they were based Auckland at the top of the country, where my future husband Todd was growing up. Now, to Christchurch people, 1980s Auckland was a pretty big deal. There were 780,000 people living there. They were ahead of the curve, they were the nouveau riche. Auckland was so future-thinking that Todd’s Dad – not Mum – was the one who was doing the cooking. And he was inventive – paella, tacos, stirfry, eating out restaurants that weren’t just buffets.

And so, I moved to lucky, lucky Auckland in the early 2000s to go to drama school and, there, I had to teach myself to cook. I knew so little about cooking, I had to look up a recipe to learn how to poach an egg. And I made things like spaghetti bolognese, nachos, burritos – basically anything that heroed mince. I wasn’t a great cook, I wasn’t bad, but I remember going home in holidays and really enjoying the taste of food cooked by my mum. It wasn’t flashy but it tasted like my childhood: Repressed feelings…

But Auckland did have one thing going for it – it was where I met Todd. Todd and mine’s first date was typical of most homosexuals: Dinner at his, followed by a sing-a-long around the piano, hooking up, and then a wedding 10 years later.

It was a vegetable stirfry celebrating red cabbage, and there was something that made it taste absolutely amazing. Todd later told me it was sugar. He’d just put a spoonful of sugar in at the end, but I remember that meal; the brightness, the flavour he was able to get out of that humble cabbage. It didn’t taste anything like the food from my childhood. It was Auckland food. Sugar and cabbage. Skyscrapers and mobile phones.

So, Peter and David, they were TV chefs, They were lovers in real life. They lived and worked together for 30 years. They built houses, opened ice cream salons, shoe stores named Julius Garfinkel, and they made their cooking TV shows. They had an extremely volatile relationship, probably not helped by the case of brandy and case of rum they had delivered every week to their house, but they never stopped making food. Party food, wild food, with champagne and caviar, and they used ingredients people in New Zealand had never used before – celeriac, shallots, capsicum.

It was a big thing.

Peter and David never got married. It was impossible. In fact, they never came out. For the entire time, they were on-air in New Zealand, it was illegal to be gay. When Peter died in 1992, David, in interviews after, was often asked how he was coping with the loss of his friend,  his co-host. But they and their generation won the right for people like me and Todd to marry, and we did a few years ago.

Thank you. We self-catered, obviously.

Todd and his Dad created, cooked and managed the whole feast. My mum made her famous chocolate slice because no one does a better slice than the residents of suburban Christchurch. We crowd-sourced our desserts. We got 17 friends to each make a trifle and bring it in an ice cream container. And the whole day tasted amazing.

At around the time of the wedding, Todd, who had just completed a cooking course, was told the story of Hudson and Halls – Camp TV chefs, lovers in real life, at the transition point from New Zealand being a small inward-looking colony to becoming a medium-sized, slightly adventurous, but still proudly conservative nation.

When he told me about them, my theatre-making head started to go crazy. We could make a 1980s replica TV studio with a working kitchen. The oven should catch fire. There should be real cooking on stage, terrible recipes, witty dialogue and neon lights and, at the heart, a love story between two extraordinary men. And so we made it, and we premiered the work in Auckland in 2015 and it sold out its first six-week run. We’ve since performed it over 150 times all-around the country, and when we performed it in my hometown of Christchurch, my Mum was one of the ushers at the theatre.

The show has lead to a renewed interest in Peter and David. Heaps of articles have been published, Screen New Zealand has re-released old episodes of their TV show, and Joanne Drayton was finally able to secure her publishing deal for her book about them, which went on to win the Non-Fiction Book of the Year at the New Zealand Book Awards. And at the end of this month, we are performing the show for the first time in Australia, right here on this stage.

Because Todd and I, now we live in Sydney, three blocks that way. We have a huge industrial kitchen, and when Todd’s away, I do the cooking for me and my housemate. And I still do burritos, enchiladas, sometimes falafel, but mainly Todd does the cooking. Recently, he’s been getting into Persian food, which has the most amazing combinations of spices.

It struck me recently, when I was staying at my parents’ house in Christchurch just a couple of months ago, and when Mum was serving us chicken with roast vegetables, and a new tomato sauce thingy she was trying out, it didn’t have the same feeling that it used to. It didn’t connect me back to home in the same way because now my palette loves my husband’s food, with its variation, its balance of salt, acid, sweet, umami, plenty of butter.

For Todd, food is where the heart is. For Hudson and Halls, food was where life is. It was the embodiment of living passionately. For me, food and the taste of food is home. And my home is where ever my husband is cooking.