Kelly Azizi: The Break Up

Kelly Azizi reflects on the undramatic but bewildering process of breaking up with her once-best-friend.

Kelly Azizi is currently a PhD candidate in the Department of Gender and Cultural Studies at the University of Sydney. Her research interests include the politics of ethno-cultural and diasporic identities, and institutional critique. Kelly plays an active role in Sydney’s art community, and is an advocate of its self-criticality. She was the gallery administrator at 55 Sydenham Rd, an independent art space in Marrickville, from 2017 to 2018. She is secretly plotting a socialist uprising. 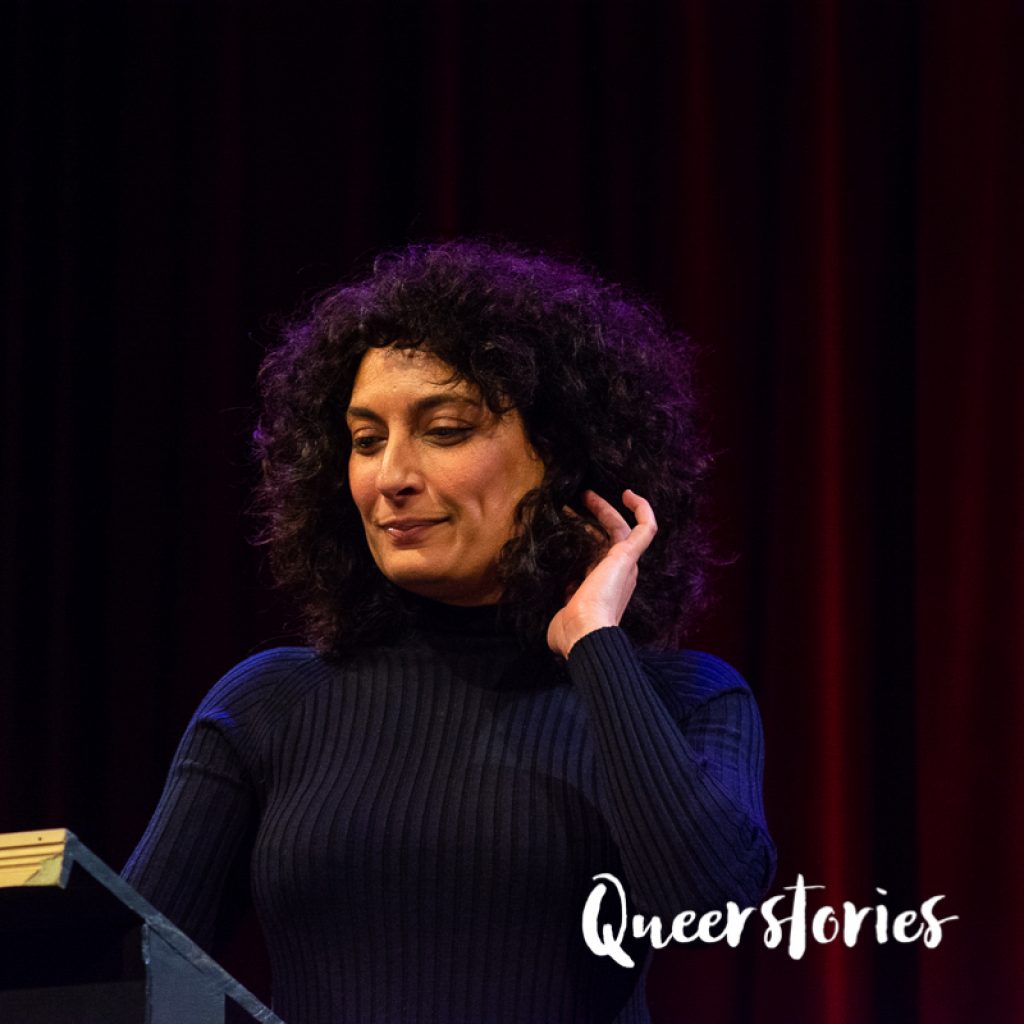 Kelly Azizi is a PhD candidate in the Department of Gender and Cultural Studies at Sydney Uni. Her research interests include the politics of ethnocultural and diasporic identities, and institutional critique. Kelly was the gallery administrator at 55 Sydenham Road, an independent art space in Marrickville, from 2017 to 2018. She is secretly plotting a socialist uprising.

Kelly also features on a new Queerstories collaboration with Olivia Rosenman and Google’s Creative Lab called My Mother’s Kitchen. Check it out at mymotherskitchen.com.au.

I have often said to friends who have fallen in love that I’ll skip their wedding but to call me if there’s a divorce. I’ve always found breakups more interesting than the forming of relationships. And this is a story – a somewhat existential story, I suppose – of how a relationship fell apart. This is the story of me and my Once Best Friend. Not a lover, or a partner. My actual best friend.

The story of the breakup itself is somewhat unremarkable. I kind of wish there was something spectacular to tell because it would at least provide a kind of punchiness to the whole thing. But anyway, the story goes like this: In a risky manoeuvre, my Once Best Friend and I decided to live with one another. Over time, we began to irritate one another. Then, we decided to stop living with one another. And then, we never spoke again. Literally.

There was no final confrontation. No screaming at one another, no passive-aggression on social media, not a single conversation about what went wrong. Nothing. After we stopped living together, the rift escalated into a Cold War-style scenario that included social media unfriending, and that’s pretty much it. Everyone else was spared the potential drama of our breakup. I can only speak for myself when I say I made a concerted effort not to involve others, and I assume my Once Best Friend did the same.

On a superficial level, this is the most undramatic breakup I have ever experienced. Aside from the rather important fact that we never had a single conversation attempting to resolve anything, my Once Best Friend and I are shining examples of how adults should break up.

I mean really, we ought to host workshops on how to break up with minimal collateral damage. And yet, how the hell did this otherwise boring breakup become one of the most bewildering experiences of my adult life? Well, I guess breaking up with minimal collateral damage is convenient for other people, but it does come at the cost of leaving a big gaping hole in your existential consciousness, but who cares about that, right? I guess that’s why it’s the aftermath of our breakup that’s more worthy of reflection than the details of our actual breakup itself.

I remember the moment when it truly dawned on me that my Once Best Friend and I had broken up. I experienced a very literal, “Oh shit. This is for real” moment, and then I was seized with panic. But the bizarre thing is that this panic didn’t come from the realisation that I’d lost someone who I’d been close to for years, or that we might never actually speak to one another again. I can be very pragmatic about relationships that aren’t working and, in a way, there was an underlying sense of relief in letting a friendship go, but I’ll return to that in a moment.

To be honest, the panic came about when I began to seriously consider all those other people who were spared the drama of our breakup. Me, my Once Best Friend, and all those other people had something in common: Queerness. And for some reason, queerness seemed to add another dimension to the whole incident. I found myself repeating a single thought over and over in my head: “When everybody finds out what happened between us, nobody will like me anymore.”

Social anxiety is very normal, but I don’t think I’ve experienced a raw, unadulterated fear like that since my early 20s, and I’m 37 now. Yet, here I was, reduced to fear that people were going to take sides. I needed to understand where this fear came from. So, let’s go back to why I felt relief about letting a friendship go.

My Once Best Friend and I had known each other for a decade, and I can say with total certainty that neither of us are the same people we used to be ten years ago. I’ve observed my friend step into and embrace the power, influence and authority afforded by our community – a remarkable transformation, if troubling at times, that said, “Perhaps my Once Best Friend saw something troubling in my own transformation.”I don’t know.

This isn’t specifically a queer thing, by the way. This is a thing that happens across any community bound together via a cultural politic, and anyone who partakes in that politic will flex their power, influence, and authority to some degree, including myself. But, if you think about it, power, influence, and authority, they’re all disciplinary terms. And immediately after the breakup, I feared I would be disciplined by my Once Best Friend and, by extension, an entire community. In other words, I would be exiled as the Shit Queer that I am.

I don’t know if I did get punished or not, because I didn’t stick around and fight to defend my position. Fortunately, I prefer solitude, so I opted for self-imposed exile. It makes sense; I tend to participate in group scenarios with reluctance, and my friendships have always been the strongest and most fulfilling when they’re one-on-one. But, I can’t help but wonder, what the fuck are half of our friendships even based on? Just like many romantic relationships that turn toxic, how often are our friendships maintained for a fear of punishment, for a fear of being alone? I don’t have a definitive answer for that, but I can say that my relief in letting go of my Once Best Friend is, in some way, connected to the relief in letting go of a network of people that had become burdensome to me for a couple of reasons – first and foremost being that a larger group can sometimes have an unhealthy preoccupation with its own status.

So, I’m going to pose an open question. What is it to be queer when you don’t want to be surrounded by a massive cohort of people, or when you reject community expectations, or when you aren’t seeking visibility based on identity alone? And, what is it to be a solitary queer, who is indifferent or ambivalent towards folks whose power, influence and authority are a cause for celebration? Can you be queer without a group, without a community? No matter what, these are awkward questions to throw to a room full of queer folks.

But, funnily enough, I’m more comfortable throwing these questions to a room full of strangers than I am to a group of people who I’ve known for a long time. Independent friendships are undeniably beautiful but, for me, The Group – as an entity unto itself – represents little more than punitive behaviour enforced by a hierarchical pecking order, and that’s something I will never accept.

It’s much nicer to stand here, alone, and speak only for myself. To be honest, I don’t think I can ever trade my autonomy for the false assurance of never experiencing loneliness.

This isn’t a happy ending, nor is it a sad ending. My Once Best Friend and I broke up, and life kept going on, but not without me asking some difficult questions of myself, or of the past decade. That isn’t much of a conclusion though, so let me get back to you in another decade, and thank you, all, for listening to my bleak story.