Hi. I’m Maeve Marsden and you’re listening to Queerstories – the podcast for the monthly LGBTQIA storytelling night that I host and programme at Giant Dwarf in Sydney. This story was shared as part of a Queerstories end of year celebration that I named Chosen Family Christmas. 2017 has been a tough year for queers, so it was lovely to come together and celebrate our weird wonderfulness on December 8th, just 24 hours after the passage of Marriage Equality legislation. That said, chosen family and queer family is about so much more than marriage, as the stories from that night show.

Next up – jonny seymour. It would not be hyperbole to describe jonny as a queer icon, but it’s not his prolific music career that I asked him to speak about. jonny is the epitome of gay uncle, mentoring, celebrating, and supporting young LGBTQIA people who cross his path. His hugs are famously warm and offered to everyone he meets. We need people like him. jonny seymour.

Hi, everybody. My name is jonny. I’m a homosexualist. It’s been 14 months since my last Queerstories.

Since my last Queerstories I’ve been diagnosed with melancholic depression, PTSD, and suffer chronic neurological pain and, as a bonus, pseudodementia. This is not from Queerstories though. But, it’s a lot, so If I start crying or forget where I am, or what I’m doing up here, just bear with me; it’s not because I’m high… yet. Our LGBTIQA, or QILTBAG community, forge our logical or chosen families because no matter how marvellous our blood “slash” biological “slash” traditional relatives are, they’re never quite going to comprehend our fabulousness or queerdoness.

Growing up in Tasmania, where sodomy was punishable up to 21 years in prison, the streets were yet to be festooned with rainbow flags or even have straight ally anarchists wearing Yes merchandise ready to headbutt any homophobic right-wing extremist.

To be real, back then it was kind of awful. “All homosexuals go to jail or die a painful death of this new gay cancer, then burn for eternity in Hell.” This was the message taught at my Catholic school by the Christian “Brothers”; a total misnomer. But, a magical life-changing moment was to happen deep down south. After organising a benefit for the Wilderness Society, I had the opportunity to meet leader of the Tasmanian Greens, Bob Brown. Legend.

Whilst talking about rafting down the Picton River, the rising pollution in the Derwent, and a strategy to close the pulp paper mill, I summed up the courage to shoehorn an awkward coming out to him. Bob was gentle and kind enough to give me the most perfect advice. He said, “jonny, it doesn’t matter who you love, as long as you love.” Quite a step away from what I’d be taught at school, Bob’s words were a tonic for my troubled soul. This became my meditation mantra, which both soothed and saved me in my bleakest moments.

The battle for decriminalisation, much like the fucking marriage survey, gave anti-gay people licence to vilify and intimidate queers. After being bashed unconscious with an iron bar with the abusive, “Die, AIDS poofter,” the words from Bob gave me something that family, society nor school could give me, and that was hope. Bob was to become my first gay uncle.

When I recovered from my bashing, a weekend getaway to the mainland was extended into a week, which stretched to a fortnight, into a month and soon, I was to make Sydney my home. In Hobart, there was an intrinsic knowing that I was a somewhat isolated misfit but quickly came to realise that now in Darlinghurst there was a community bursting at the seams of other misfits. Finally, I wasn’t alone. Leaving my biological family on the island, I was ready to meet and make my own logical family. And, a great way to make friends is to go to queer church; not in the traditional Vatican-funded abuse factory church. Queer church is a dancefloor.

Here, we make a pretty fabulous congregation. I guess you could say the bar is the altar and the toilets the confessional.  But, in the early ‘90s, there was a different scene to what we have today. There was a plethora of gay bars, the Olympics hadn’t gentrified the city, there were no sniffer dogs, you could smoke joints on the dancefloor, and rent was actually accessible and affordable. Ah, good times. But it wasn’t a utopian dream. Unfortunately, friends were dying from AIDS. Here, my gratitude and respect for maternal queer women flourished, as they were there on the front lines caring, looking after my brothers, back when HIV meant certain death but, together, we beat an epidemic. This marriage survey crown was always going to be snatched and ours. One of my most enduring queer niblings is the genius, DJ Gemma.

An amazing music producer, community activist, DJ, horticulturist, naturopath, Gemma was to take me under her wing, protecting, teaching and supporting me. We were uncomfortable and disappointed in myopic focus of Oxford Street. Instead of just abandoning nightlife and bitching about the scene, we worked together to create an alternative, inclusive and accessible queer social experience, so Club Kooky was born.

We wanted to create a platform for emerging performance artists and musicians, and their admirers, to share their talents with fellow queerdos. Queer art for queer people. For many, Kooky was a place and is a place, where they feel as though they belonged for the first time. 24 years later, this feeling has endured and become a major family reunion unto itself. The most recent Kooky, in the middle of the equality survey, felt like a place of relief and became a much-needed group healing. Collectively, we are powerful, resilient and unbreakable. But queers have no official temples, museums, synagogues or an even a fucking RSL to call our own.

Our bathhouses and discos get closed down. All of our once sacred spaces – Phoenix, Kens’ at Kensington, Ruby’s, the Stronghold, Barracks, Albury, Midnight Shift – have dissolved into gentrification, and transformed into fluoro-lit takeaway food stores. Not that there’s anything wrong with takeaway food, but the physical space may dissolve or just be transitory, but fortunately right now in Redfern, a place called The Bearded Tit is our physical-

This is our physical queer family space in real life. From our weekly Queerbourhood evening, showcasing incredible performance artists and especially queer People of Colour to also being a refuge during and after the painful marriage survey, it’s legit. Pretty please support small queer businesses when you can. These places are more than just for-profit operations. They’re meeting places for queer people and queer community groups in real life. You can’t get hugged online.

My logical brother Paul Mac is my Clayton’s boyfriend. It’s the boyfriend you have when you don’t have a boyfriend. Together, we formed our band, Stereogamous. We’ve remixed our idols, got to travel the world, and bring people together through music, hugs, and super faggotry parties.

We’ve basically worked to make our band to become an ephemeral musical safe space. We’ve had a long-term boycott and moratorium on playing at weddings until it’s equal. Now, we’re open for bookings.

At the end of last year, we created a mural to our dear friend George Michael. This was to honour this gayngel and create a space where people could come and celebrate his life and mourn his passing. This painting remained untouched until the dreaded survey, again, where it was to be vandalised on at least eight different occasions. The hatred, violence, abuse, threats, intimidation we endured were met and counteracted with an overwhelming sense of compassion, care, love and support from our dear new friends and neighbours. For this, we are eternally grateful for our queer family.

A lover is for a season or seven, but a queer brother, sister, nephew, niece, uncle, aunty, siblings or niblings are for life. I’m really comfortable being called an uncle. Not really feeling “Daddy” though.

There’s way, way, way, way too many people with daddy issues, even Beyoncé. Auntie and Sister are gender-neutral terms in queer culture, so seriously, lads, if somebody calls you auntie, be grateful and say, “Thank you.”

Logical or chosen family are the queer people who support you, uplift you, hug you, cry with you, feed you, laugh with you, and aren’t only out here just trying to fuck you. We are family. Thanks. 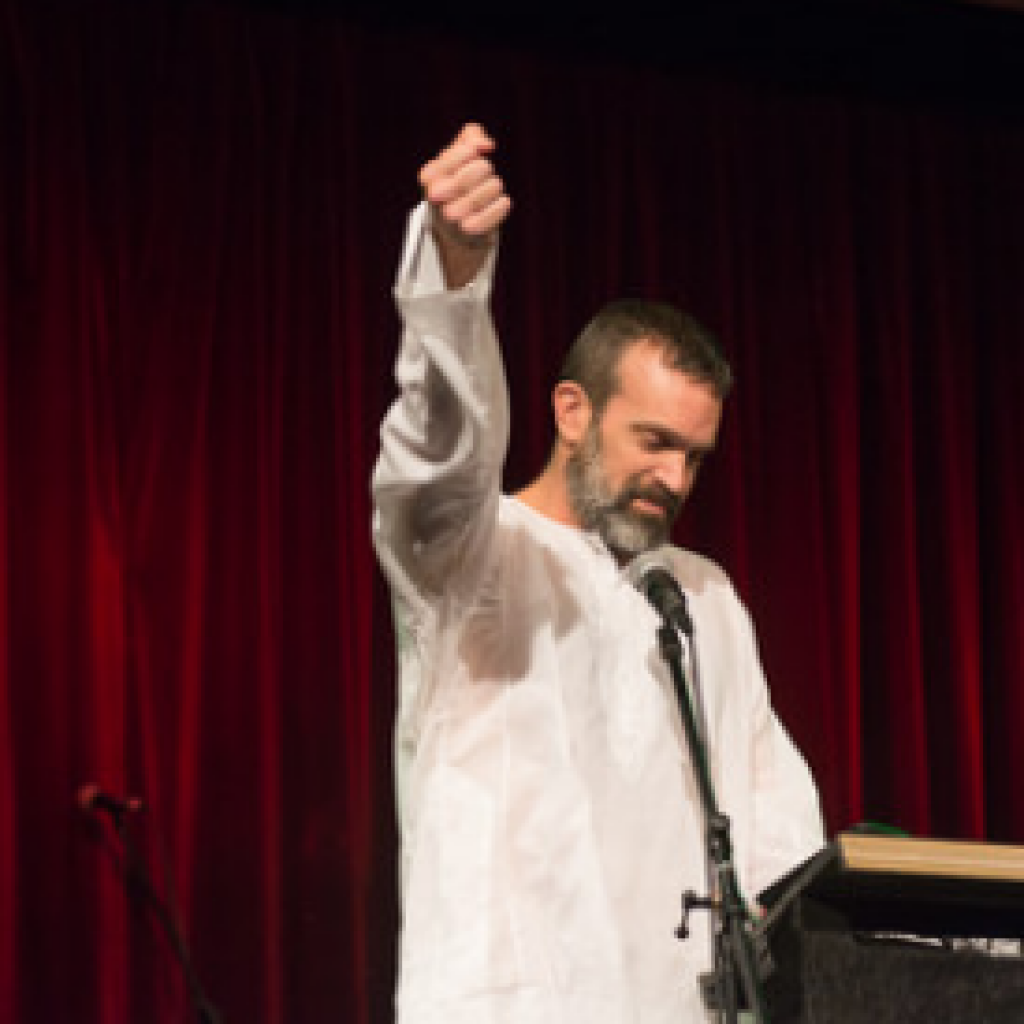