Jax Jacki Brown a co-producer of Quippings: Disability Unleashed a disability performance troupe in Melbourne. She has written for Junkee, Daily Life, The Feminist Observer, Writers Victoria, ABC’s Ramp Up and in print for Hot Chicks with Big Brains, Archer Magazine: The Australian Journal for Sexual Diversity, Queer Disability Anthology and Doing It: Women Tell the Truth About Great Sex. She can be found on @jaxjackibrown 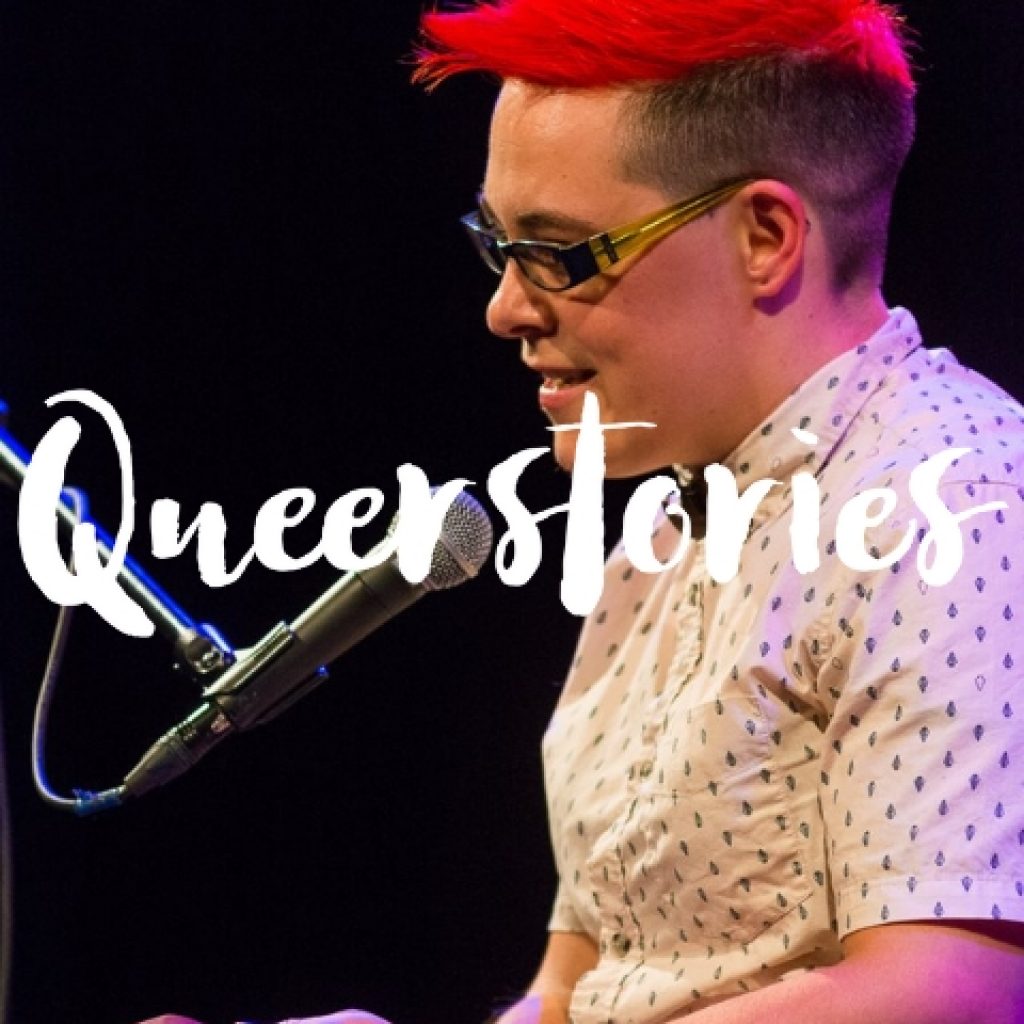 To have so much dick, to use so many dicks with such gay abandon, see now this is freedom of choice. This is what the right wing is so worried about.

Now that I’ve got that out of the way and you all know about my cock collection, I’ll be heartfelt.

S0 I’m topless as I write this, it’s officially the first day of summer, my nipple piercings glint in the sunlight streaming through the bay windows of our lounge room. I’m topless not because I’m hot, although… or because I’m trying to look ‘extra butch’ with my top off, but because I’m attempting to proclaim my butchness, DIY style. I am re-dying my hair before going out to a queer event tonight. My ‘dyke spike’ is an essential part of my identity and a visible statement of my belonging to the LGBTIQ community and it must be in top form for tonight as I enter that dimmed room full of cool queers. I have a curfew, I must be home in time to acquire some fresh bruises, given to me, consensually of course, by my girlfriend.

I examine my current collection, they are splotched across my belly, purple and yellow. Tonight I will receive some more. My partner will say ‘’are you ready?’’ as she draws up the needles, waiting for my consent before she plunges them in, the biggest of the 3 resisting, pulling on my skin before it finds its way through. I will catch my breath and try not to move.

I want to say that I’m unfazed, that I am cool and calm and collected. That I lie with my hands behind my head, posed and sure of myself even in these quick moments of pain. I’ve got nipple and clit piercings for fucks sake, why does my heart race when she does this to me?

Perhaps it’s because of the ramifications and the enormity of what we are doing and what this act could mean for our future.

We are flooding my body with hormones: IVF hormones. We are dreaming of a queer future, a queer family, a cat, a house in the suburbs.

Growing up, I never thought I would have a future. As a young person with a disability I just didn’t see people like me anywhere, or if people with disabilities were shown on TV it was as objects of pity or tragedy or conversely as inspirational, but never as complex full human beings, living interesting and fulfilling lives. I had no role models to look up to and think ‘’I could be doing what she’s doing when I’m older’’. I never saw wheelchair users having relationships, having meaningful work, having kids…or going to wild parties.

Queerness or any form of sexuality was not something that was considered an option for me. Disability is widely seen as undesirable, an undesirable experience to endure and an undesirable trait to find attractive in another person. It would, my parents told me, ‘’take a special kind of man to love you’’. It didn’t occur to them that someone could love me not in spite of my disability but because of it, that I could love and be proud of my body, and… that maybe I wouldn’t be into men…

My butchness was and is often misread as my failing to fit into the feminine aesthetic because of my disability, or it’s dismissed as me being ‘confused’. It is not seen as my conscious choice, one which makes me feel comfortable in my body, a proud proclamation of my identity and belonging to community. It is assumed that people with disabilities can’t have sex and don’t possess a sexuality, so flagging a sexual identity such as butch does is often not read by others, even those in the queer community, as me declaring this identity.

My non-normative body troubles notions of butchness, of how butchness should be embodied and performed. I can’t walk with that certain swagger, I can’t sit in my wheelchair in the way butches sit in chairs, legs apart, relaxed. I can’t wear chains hanging from my pockets that jangle when I swagger or suspenders hanging low and looking cool-I did try this once but they just ended up tangled in my wheels and that wasn’t the effect I was going for.

The way butch is embodied is normative, particular types of bodies have access to being read as being butch and as being seen to perform butch in a way that denotes identity and elicits desire in those that desire butches. Being out and proud and visible as butch in public is a radical act in a society that oppresses queer sexualities and non-cis identities.

Is having a baby and living in the suburbs a radical act? Am I subverting this hetero norm by being queer? By being disabled? By doing sexuality, gender and parenting differently? By being a valued partner and hopefully kickass parent in a society that tells people with disabilities that we cannot be either of these two things?

But even with all of this, I am aware of my privileges. Being able to access IVF makes us privileged queers, it’s very, very expensive and we’re not even sure we are going to get a baby out of all of it. It’s a gamble, a leap into the unknown.

We have thrown most of our savings at this idea of a child, this imagined future. We have given ourselves over to the IVF industry-an industry built on people’s hope and despair and the promise of product: that product is a healthy ‘normal’ baby. But we are queers, we are a political and subversive bunch. We question and trouble ideas of ‘normal’, we live outside of the expected, the conventional, the known. I want my path to parenthood to be full of deep thinking, and I want this future child we are trying so desperately to conjure up with our strange and expensive night time ritual to have a queered perspective on me, on themselves and on this curious world.

So the post script to this piece was written in the middle of round one of IVF, and round one didn’t go very well at all. It appears my body’s rebellion against the medical profession continues, so I find myself in this really strange liminal space, where this idea of this imagined child seems more like a dream than ever. And, even though I am putting this piece out there tonight in front of you and it’s going to go on the podcast. I don’t really want everyone coming up to me and asking how it’s going, because while it’s political (because everything is political), it’s also deeply personal. I really don’t know what’s going to happen. And also, if I’m being raw and honest (which I am), it’s deeply troubling to engage with the IVF industry as a queer disabled person. Because it’s an industry that actively screens for disabilities. If you’re using sperm donors in Victoria and I think in Australia, they screen out a bunch of disabilities and intersex conditions. And it’s only sperm that is deemed to be free of these supposedly undesirable traits that can be used. So, I’ll leave the fun topic of eugenics for another night, and say thank you very much for listening.