James looks back on the queer flavours of childhood in 1980s suburbia, and an early taste of the definitive bonds and disruptions of adulthood.

James Beach works in theatre and has directed and produced several independent productions in Sydney since he graduated from NIDA in 2007. The list of credits is long so I won’t list it all – look him up and go to his stuff. His recollections of growing up to the songs of George Michael – gathered at the time of his death – are well worth a look. 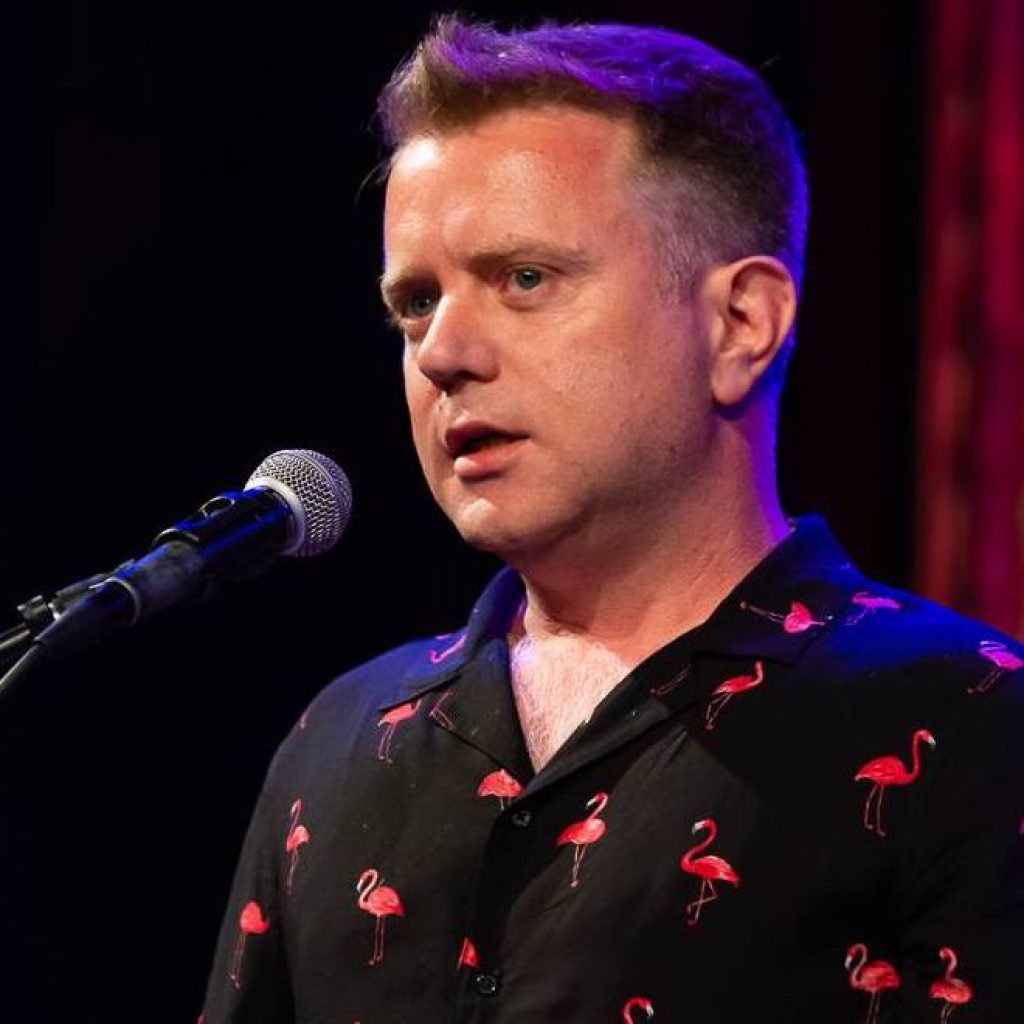 James Beach works in theatre. He has directed and produced several independent productions in Sydney since he graduated from NIDA in 2007. The list of credits is long, so I am not going to list it all for you. Look him up and go read his stuff. His recollections of growing up to the songs of George Michael, gathered at the time of his death, are well worth a look, so get Googling. James Beach.

I gave my piece a title, which for obvious reasons is Salt and Vinegar, and as I was tweaking it in the final stages, my hand slipped and I saved it under a different title, so now it’s called Salt and Vinegay.

It was the Summer of the Purple Packet. I went to his house for the last time carrying two cardboard masks I’d made all by myself. He was a local boy just a couple of years older than me. He introduced me to things I hadn’t known or explored deeply enough before, and I was eager and able to keep up… mostly. It was through our friendship I discovered a new appreciation for Salt and Vinegar chips, which before I’d found too pungent for my white-bread-and-devon-sandwiches taste.

The yellow plastic kids’ table – easily upturned to allow me to mimic the proceedings of both Tony Barber’s Sale of the Century and the Ordinary Catholic Mass – would occasionally serve its intended purpose at neighbourhood barbeques, bearing the sweet and savoury treasures of suburban youth. The Christmassy sizzle of BBQ shapes, the guaranteed hit of a Sugar Cube, the bling of a seemingly endless bowl of Cheezels, sweet manifestations of both off-white teeth and cigarettes, or fags, and an assortment of fun-sized chip packets; not for individual retail sale.

A new streak of deviance had taken hold in me. Loyal, true blue Original salted wavy potato could no longer hold my attention, not when the alarmingly sharp bite of sweet and savoury rebellion was so close to hand. This was a new kind of transubstantiation. And my bond with an older boy – smart, savvy, secure – had pointed the way. Sure, to the outside eye, the graduation from Henderson Kid Bestie to Ramsay Street Mechanic might not look like a revolution in style or substance, but every Impossible Princess has to start somewhere.

We lived, my family and I, in an actual red brick house near the end of a long street, perched part of the way down a sloping block, with an under-the-house storage area for outdoor games and knick-knacks at the back.  I‘d had an imaginary friend who I’d feed gum leaves and talk to through the air vents in the walls. So, it was a mild climb up the driveway, which – courtesy of repurposed skateboards – became a luge track for my brother, sister and I every Winter Olympics, and a turn to the left to navigate the sprinklers and bindi patches along our quiet block to my best friend’s glamorous two-storey house. I passed the neighbours’ place. I had a shared history with their Yia Yia, in that we’d both been attacked one time by the escaped Blue Heeler from over the road…

.,. and they moved before we were all fully grown. The families with children the same age at our end of the street forged a small community, the next house along being suburban Catholics like us. They went to the Church opposite the Pizza Hut, which eventually became a funeral parlour, where I was an altar boy at the Church which had originally been a cinema; ringing the bells reverently in a space where, I have it on reasonable authority, the projectionist was once a young Bill Collins; by this time Australia’s beloved and bespectacled Mr Movies.

Across the way were another family. Their mum and dad were both teachers and we would often gather at their place for parties and “It’s a Knockout” re-enactments by the pool. Next along on the same side were an older couple whose children had grown, and in the house after that lived two men who kept mostly to themselves. At the time, this possibly suited them as it did the rest of the street, but my dad told me a story only recently, which I hadn’t known before.

A local father approached Dad in the yard one day and asked his opinion of the poofs down the way. My dad, of course, knew what was expected here, but said instead that what he’d noticed was that these men did the shopping and took out the bins for the elderly woman who lived next to them, and that was good enough for him. I’m sure this came as a surprise back then, but the thing is, Dad and his mates had once been regulars at the Taxi Club when the options for a drink after a certain hour in this town were even worse than they are now.

He’d seen plenty, but, understandably perhaps, I wasn’t to have the privilege of seeing past the traditional fatherly role he played until a long time later.

So, two tall houses loomed diagonally across from each other. One housed a family we visited often. I found out about sex from one of the girls who lived there before me and my parents had had the chat. My best friend’s house stood high on the next block just after the vacant lot, which had served for letting off crackers – roman candles, parachutes, Catharine Wheels and, more commonly, bungers – when these were still staples of childhood.

I had brought with me two masks – hand-drawn and coloured in with Texta, a bold mark of confidence.

He-Man for me, and Battle Cat for him. What’s more, I’d made a reasonable replica of He-Man’s intriguing harness for myself…

… and, for him, a full colour, full-length cardboard Battle Cattail. I think my idea of a great afternoon at the time went something like this: After snacking on a packet of No Frills Salt and Vinegar chips, I’d whip my shirt off and we’d get suited up in our costumes and I’d ride him for a while.

So, I’d assumed we wanted the same things. Not for the last time, I was wrong. The distance between us was suddenly completely clear. What exactly was said in that moment of casual, reasonable dismissal is lost. I was crushed.

Before too long, I was back home. I remember mum comforting me and complementing the costumes I’d made, but I was beside myself with grief, sorrow and shock. Who knows what Mum thought that night after calming me down. She had made dress-ups for us kids throughout the early years: A red cape which suited for Astro-Boy as much as for Superman, but also a Red Riding Hood cloak and skirt, and a mock-gingham Dorothy dress at my request.

Shoes she didn’t use were part of a costume vault to rival the Young Talent Team’s. In the pantomimes my siblings, cousins and I put our family through each Boxing Day, I made a fine witch. Our version of Sleeping Beauty, which saw us all wandering around my Grandparents’ living room calling out, “Where’s the prick?” was arguably our finest hour.

So, look, to be completely clear, this was not to be my hardest heartbreak, nor was this anywhere close to the deepest tragedy to rock our not-always-so-comfy suburban world. That said, I look back on those boyish salt tears and see the beginnings of a taste for the folly of big-hearted grand gestures – a need to reach beyond and impress the clever older boys with impossibly gauche tools: The inevitability of failure, retreat, and eventual re-emergence. A much longer road of my own ahead of me.

I’ve tasted a great deal more in my time since then but I returned to being standoffish when it came to Salt and Vinegar chips. The complexity of flavour there had lost a note of purest delight, never to be found so simply again.