After watching a life-changing episode of Broad City, Giselle’s life is filled by a new and consuming passion.

Giselle Au-Nhien Nguyen was a recipient of The Wheeler Centre’s inaugural Next Chapter fellowship. Her writing has appeared in BuzzFeed, frankie, Junkee, Kill Your Darlings and Meanjin, and she was a regular columnist for Daily Life throughout 2016. She has appeared at Melbourne Writers Festival, National Young Writers’ Festival and Women of Letters. Giselle is the commissioning editor for Feminist Writers Festival and a bookseller at Readings. She likes animals, vegan cooking, comics, cycling and inappropriate nap times. 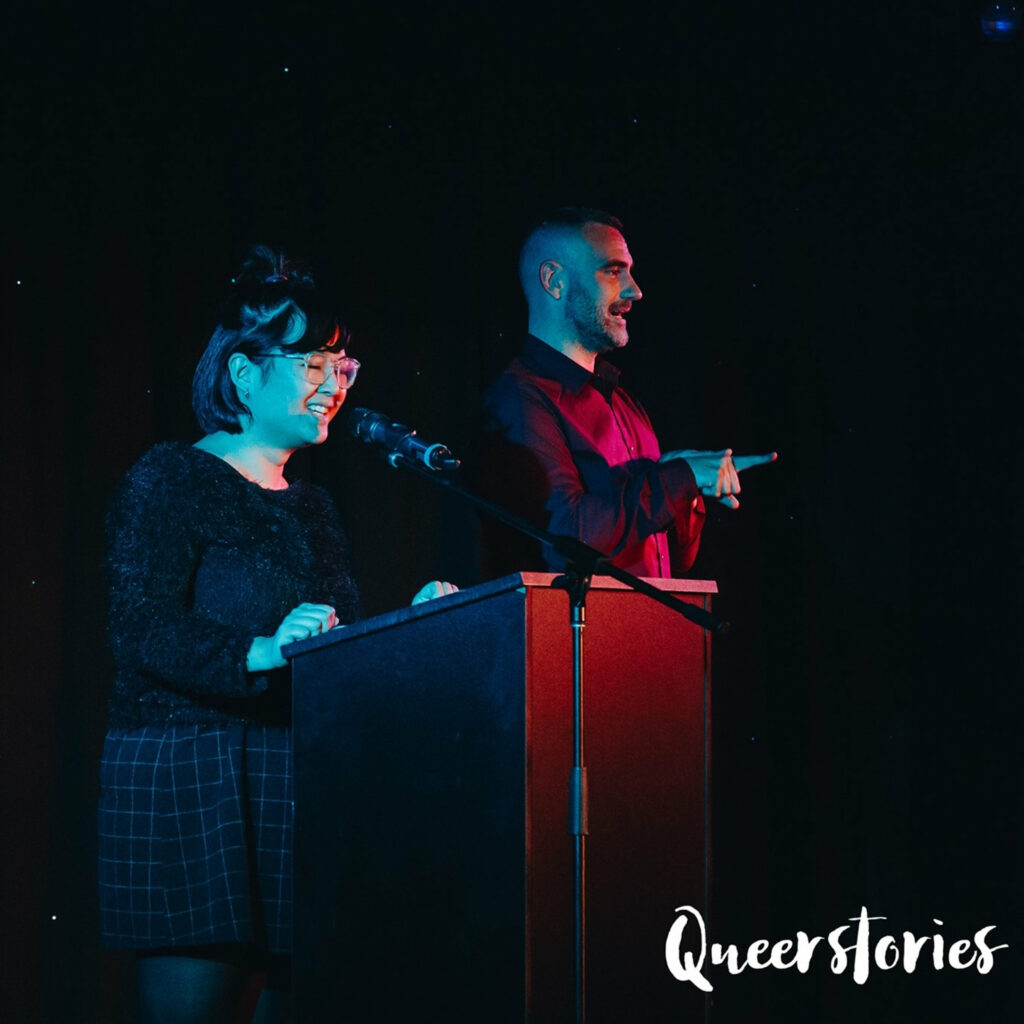 This week, Giselle Au-Nhien Nguyen was a recipient of The Wheeler Centre’s inaugural Next Chapter fellowship. Her writing has appeared in BuzzFeed, frankie, Junkee, Kill Your Darlings and Meanjin, and she was a regular columnist for Daily Life throughout 2016. She has appeared at Melbourne Writers Festival, National Young Writers’ Festival, Women of Letters, and of course, Queerstories. Giselle is the commissioning editor for Feminist Writers Festival and a bookseller at Readings. She likes animals, vegan cooking, comics, cycling and inappropriate nap times.

In the misty time before, I moved through the world with ease, without a desperate yearning in my gaping soul. I was raised in a very conservative family, taught that sex was for marriage only, and even though I’d breezed past that milestone with long-term boyfriends and then casual flings, it was simple. Safe. The kind of sex to conceive a baby to. The spiciest it ever got was doing it during my period.

But I awakened that fateful day when Abbi put the strap-on in a dude’s butt, and then the dishwasher, and then straight into my heart.

Not to be dramatic, but at that moment I felt that if I never pegged, I would die. There was something so powerful about the thought of it – a taboo that I was desperate to break, especially as someone who at the time still didn’t realise I was queer, despite all the obvious signs. Perhaps it was the prospect of something unknown, or of playing a part I’d never thought could be mine, but I began to think about it all the time.

My boyfriend was open to the idea, but we broke up before it ever happened. For years I wandered untethered through life, searching for a butthole to call home. By this time, I had realised and accepted that I was queer, and this became even more important to me as something I needed to do – it just made sense. My best friend, notable queer Patrick Lenton, made me promise that on the magical day that I did finally peg, I would perform what he referred to as the ultimate power move: ‘Walk towards the door,’ he told me, ‘and don’t break eye contact with the person lying in wait on the bed, and slam the door onto your strap-on.’ This was, he said, a way to assert dominance. I was equal parts horny and terrified.

Finally, I met someone who was open to it, and I purchased a lovely purple device that I named Grimace. [Sings] I’m lovin’ it. It was on. The guy began to send me sexy photos that got more and more intricate – photogenic dick in hand, laptop screen in the background with pegging video playing, soft lighting throughout, really stunning actually – and I got cold feet. What if I did it wrong and ripped his bum and he was ruined forever? What if it was weird? After so long of wandering the desert in search of hydration, I had found a glorious waterhole, and I was running away from it.

I made excuses every time we hung out, and the last time I ever saw him, right after eating a large Indian feast paid for by my work, I balked again – partially because I was still too frightened to peg, partially because I was worried I’d squirt tamarind sauce onto him. Alas, my peggee-to-be fled into the night, never to be seen again – ‘you’re boring’ were the exact words he used. [audience sighs ‘aw’]

I was bereft. I was the Icarus of the ass. I was a square peg and the world was a round hole.

Months later, I was seeing someone new and they said they were open to it. This time, at least, I managed to put it on in front of them, and they gently fellated it and I felt very strange. But when push came to shove, when Grimace came to butt, I simply could not perform. They came over on the first gay day, when we found out the results of the postal survey and I drank a bottle of champagne before 2.30pm, and all I did was cry, eat a pizza, and pass out in front of them. It seemed like Grimace would never find the golden arches to call his own.

All of this changed on April 24, 2018, when someone I had been casually seeing told me he’d like to see me before he moved overseas the very next day. We met up for burritos – again, not a sex food – and as I shoved the large mess into my mouth, not knowing how prophetic it would be, he said the words that would change my life forever and ever: ‘You can fuck me today if you want to. I prepared this morning.’ What, I wondered, was preparing? ‘I drank a lot of coffee and made sure I was empty.’ It was now or never. He was literally fleeing the country the next day. I was being handed a divine gift.

And so it was, between the minutes of 4.29 and 4.35pm on that fateful Tuesday afternoon (I know because I texted my friend, who’s sitting right there, immediately before and immediately after), that Grimace finally had his moment in the sun. I felt sick with power. I understood at last why cis dudes are so full of their own shit if this is the feeling they’re dealing with all the time. I was invincible. I had hacked time and space. I had become what I hated, and I loved every moment.

Emboldened by my new massive dick energy, 10 days later I was on a first Tinder date and later that night he came back to my house. I asked if he would ever peg, not because I was intending to but because I’m a good conversationalist, dammit. He thought it was a proposition, and he accepted. Importantly, this was a straight boy who had never done any butt stuff before. So, I climbed that heterosexual Everest, and the next day he left, both of us content in the understanding that we would never speak again, but that we would always have that one lusty night, that one powerful Grimace.

It has been one year and four months since the last time I pegged. Whether I ever will again, I don’t know. But Grimace taught me everything I know about love and sex and queerness and power and fear. He taught me to be unafraid to subvert my role. He proved to me that all the things I was told about who I should be, how to be a good Vietnamese girl, are wrong. I don’t think this is exactly what my parents had in mind when they fled after the war by boat for their kids to have a better life, but Grimace taught me how to live my best one, and we can only hope that one day he will ride again. Thank you.