A party is usually defined as “a joyous affair, typically involving eating, drinking, and entertainment,” but at this one the entertainment was, well, not what was expected.

Garry is a historian, writer, and activist, a former academic at the University of Sydney and a former NSW History Fellow. He has written several books and has been published internationally. A 78er, he was awarded Australia’s Centenary of Federation medal for his work as an academic, researcher, and human rights activist. His short fiction has appeared in various ‘little magazines’ such as Cargo and Outrage, and in Love and Death: An AIDS Anthology. 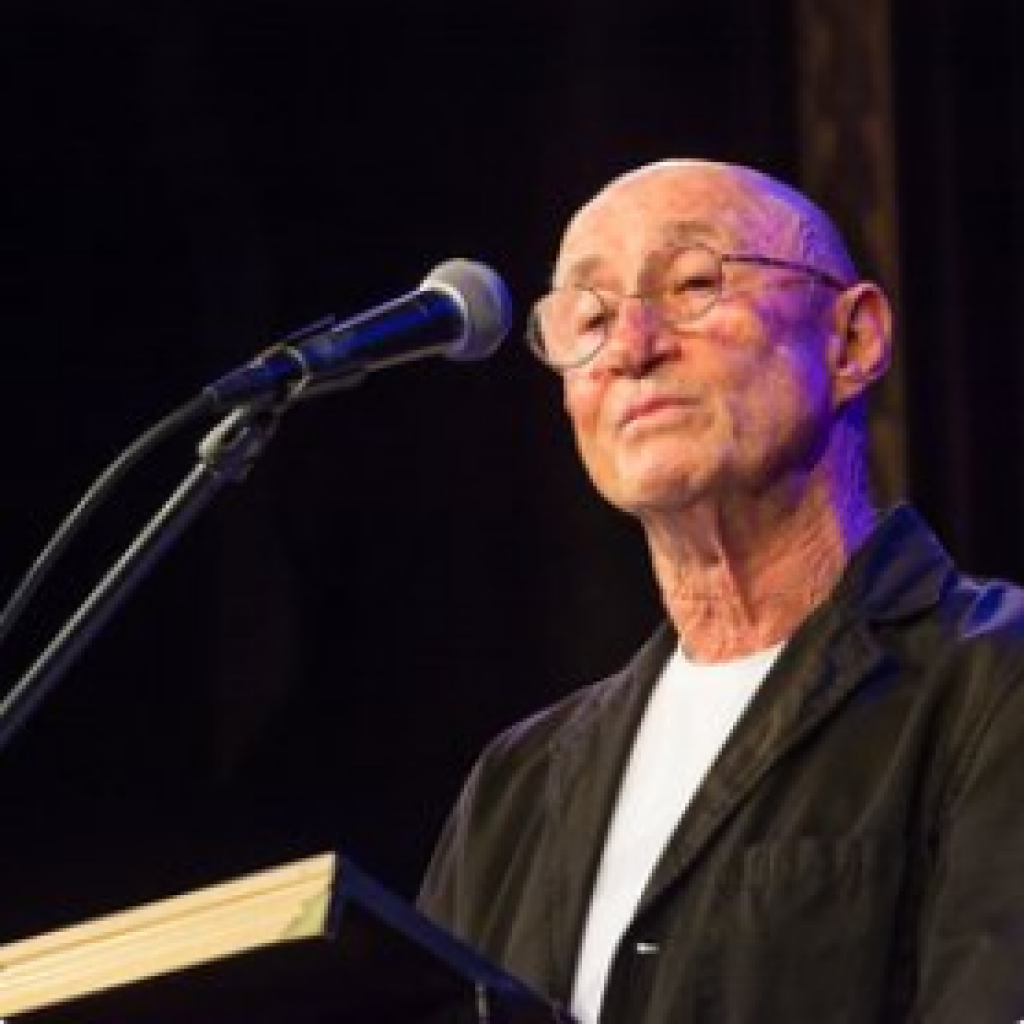 Hi. I’m Maeve Marsden and you’re listening to Queerstories – the podcast for the LGBTQIA storytelling night I host and program in Sydney and Melbourne. Garry Wotherspoon is a historian, writer, and activist, a former academic at the University of Sydney, and a former NSW History Fellow. He has written several books and has been published internationally. A 78er, he was awarded Australia’s Centenary of Federation medal for his work as an academic, researcher, and human rights activist. His short fiction has appeared in various magazines such as Cargo and Outrage, and in Love and Death: An AIDS Anthology.

My story is set about 50 years ago, a time before we were decriminalized, before gay lib’, before Oxford Street, when Kings Cross was the place where we outcasts used to go for our life. I’ve called the story Max’s Party.

I remember it as though it were but yesterday, the party we held when Max got his first movie role. It was mayhem in the house, a big old terrace at the harbour end of Victoria Street behind Kings Cross. Everyone was invited down to Max and his boyfriend Graham’s place on a Saturday afternoon to celebrate. They lived on the ground floor, and I was often in the house, seeing a friend, Dianne, who had just moved in on the floor above.

Among those there at the party, but living in the house, was Elenora, who lived on the second floor. She always wore black, even before it was fashionable in Darlinghurst. She told everyone she met on their first meeting that she had fled from a too intense relationship with her mother on Norfolk Island. After the death of her father, her mother took to sleeping in her bed with her, and often wept and cuddled her effusively. Elenora left because she began to respond, and thought that that might lead to other things.

Then there was Bob and Jim, a couple of butch-looking lads who would have looked at home knocking back a few tinnies at the local RSL club. Bob was a truckie, and Jim worked at the naval dockyards. They lived downstairs in the basement of the house. Jim was smaller, tough and wiry, but Bob was built – as Roy and HG would say – like a brick shithouse; big and blond, no-one picked a fight with Bob. But it was Jim of course who used to beat Bob up, after a night on the piss. No-one believed Bob’s embarrassed admission that he’d run into the door again when he appeared with a black eye or a loose tooth. Jim had given him a work-over. We all knew. We had all heard the stories, and the night sounds from downstairs.

Then there was Grace.  Grace lived at the back of the second floor and was what the world thought as a typical queen. He was more than a tad effeminate, and she would think nothing of getting out her knitting at our afternoon joint fests, and knitting quietly away while we all got off our faces. His father had begun sexually abusing him when he was about twelve, and he thought that was just how it was until a fellow schoolmate wised him up.  He moved to Sydney as soon as he could leave school and home.

Living one further level up was Sali and Pam. Sali had previously been Sally, but she had had what she called “experiences” that required her to have a new name, so she became Sali. She was quite exotic; black pudding bowl haircut, black eye shadow, and a slow drawl. Her friend, as she called her, was Pam. Pam was the butch in the relationship; always in moleskins and check shirts and elastic-sided boots.  But at least Pam had a sense of humour, a nice contrast to the ever-intense Sali. Pam was from Perth, and she thought that living in Sydney was a hoot.

Then there was also Tony, a very handsome actor who lived on the third floor. He was straight but loved to appear at our gay parties in his short kimono, showing his tight little arse in his underpants.

He was the star of the TV show Skippy – some of you might remember. Well, after the kangaroo, as we used to tell him. Then there was also Ray, known as Beulah, who was a TV script-writer. Although he lived on the boring North Shore, he was seen as quite glamourous to us, as he could name-drop about all those people who appeared on television, but he didn’t do drugs, so as the evenings wore on, he became a bit tedious to deal with.

John lived on the top floor. He was a model but he was straight, and his father was a wealthy doctor who owned the building, so John had to be invited along. I don’t remember much about the other guests there. They were mainly other actors. Many of them were what Max called his ex-boyfriends. He was a serial monogamist, or so he would have us believe. But at a certain point in any party where they were there, it would degenerate into people saying, “Do you remember when Max did this?”

Max, the host, was an actor, and always carried a briefcase with him, containing his latest script and a big bottle of vodka. He had stage presence, which sometimes, unfortunately, he should have left at the theatre, rather than bringing it home and imposing it on us.  Graham was Max’s partner, and they’d been together for about ten years. Apart from being very tall, Max really was a larger than life character, a serious actor. Graham was half Chinese and had fled Adelaide after realizing that Adelaide wasn’t all that gay-friendly in those days. It was his Adelaide connection that had led Grace to come and live here. But this was Max’s big day, and his part on the movie from a play by David Williamson was a very good one. Max had done the role on stage several times, but this would be his first on-screen.

Before the party, Bob and Jim had had a few drinks, so they were prime, and when Grace started reminiscing about how his father used to fuck him when he came home from work, while Mum was cooking dinner nearby in the kitchen, Jim burst out, “How could you let him do this to you? I would have belted his fucking face in.” Mild Grace merely mentioned that he didn’t know any different then, which seemed to incense Jim even more. He started yelling at Grace, calling him a gutless queen. Bob intervened, saying poor Grace couldn’t be blamed; he didn’t know. So Jim turned on Bob and soon took a swing at him.

Max was very drunk by this stage – it was his party –  and he tried to intervene. He yelled at everyone, “It’s my bloody party. Get over it!” So Jim took a swing at him too. And after that, it was on for young and old. Some drunk then turned to Tony and said, “You’re just a prick-teaser. And if you don’t fuck off, unless you let some queen suck your cock, go away.” A few of the actors then moved quickly into position nearby, just in case that happened.

And they wanted to be there in the prime position, just in case. Tony took fright and looked around for support from John; the only other straight guy there.  But John had already seen what was going to happen and had disappeared. In the melee, someone knocked over Max’s vodka bottle, and nothing was more likely to incense Max than the loss of his vodka. He began accusing everyone of ruining his party, and when Beulah – Ray from the North Shore – attempted to hose things down, he got his face slapped. He then left very quickly, declaring that people on this side of the harbour had no class.

Grace lost her knitting soon after. I had brought along Jeremy, whom I had only just met at the garage where our cars were being tuned. We had both been sent to the local pub to fill in the time, got chatting and were both a little bit pissed. I fancied him and so I invited him back to the party, but my friend got to him first and sat on his lap, and after a few wriggles and his hardening dick, that ended my chances.

And so they left soon after. So I edged my way out onto Victoria Street, into a warm Sydney autumn afternoon. There was nothing left to do but go up to the Bottoms Up bar at Kings Cross, and try my luck there. Thank you.