Faustina Agolley – How I Beat Anxiety

Faustina Agolley reflects on her anxiety issues and on the strategies she used to kick it to the curb!

Faustina Agolley is a TV Host, Actor, DJ, Producer and writer. She’s hosted Video Hits, The Voice and the Sydney Gay and Lesbian Mardi Gras. Last year she made her stage debut with a Sydney Theatre Company and Melbourne Theatre Company’s co-production and she’s toured Australia and New Zealand as Oprah’s resident DJ. 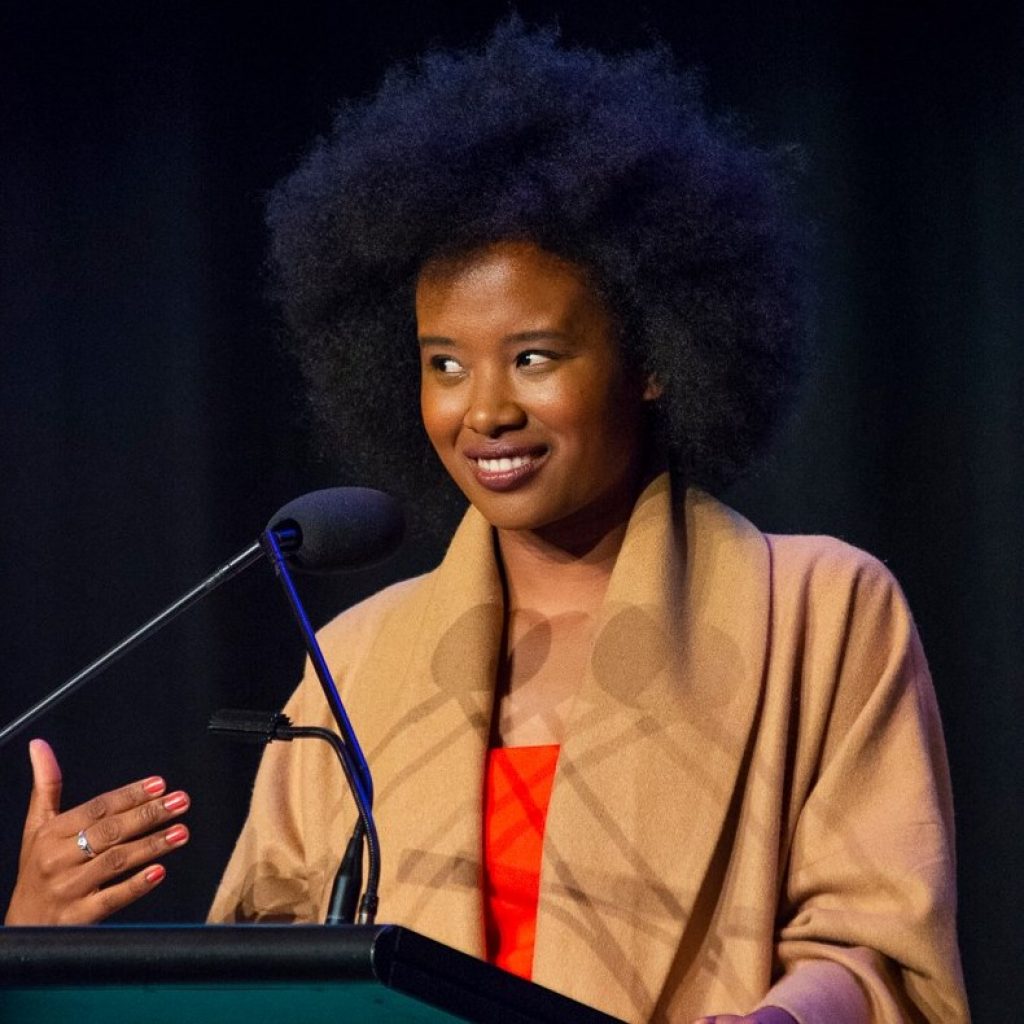 Faustina Agolley – or Fuzzy as many of us know her – is a TV host, actor, DJ, producer and writer. She’s hosted Video Hits, The Voice and the Sydney Gay and Lesbian Mardi Gras, and she’s also toured Australia and New Zealand as Oprah’s resident DJ, which is pretty damn cool.

Okay. Last year, on a weekend afternoon in Sydney, I sat on a rooftop bar with a woman that I had met on the Her app.

Between sips of wine, she said quite dryly, “You’re not one of those women who talks about their feelings, are you?”

I can’t remember exactly how I replied then but I knew how I felt. Within nanoseconds, I felt a lot of things, actually. First, I felt surprised because I assumed all lesbians talk about their feelings. We slush in them.

Yes, constantly trying to find the right adjectives to precisely describe what we’re going through. Second, I felt like I needed to make a lot of emotional real estate for her. Pastures of patience and space for if, and when, she decided to let her feelings out. Because the biggest thing I felt was that since we were in the middle of the marriage equality plebiscite, this was the precise time to be talking about one’s feelings. And if we couldn’t give them words, acknowledging that they are there was good enough.

In the middle of January this year, I had that familiar irksome feeling that seemed to dog me over the years. My mind was heavy, and I felt an emptiness in my body. I knew I couldn’t fill the void with something outside of me, like a relationship or work, but this feeling wasn’t nearly as bad as previous years.

Many years ago, before I was out, I was battling depression and had thoughts of taking my own life in the wake of a verbally emotionally and psychologically abusive relationship. My psychologist at the time made me fill out a questionnaire. It asked if I felt like I had a zest for life. That question pulled me into absolute despair because I knew what that meant. I believed it was a part of my DNA but I was so far from it. And, even after all the work I had done on myself over the years, that zest hadn’t returned. I had anxiety. And it bothered me.

I knew I was getting in my own way because it had taken up full residency in my mind, and I wanted to evict its ass on the kerb. I yearned for a solution. Bizarrely, a glimmer of hope arrived in the form of my friend’s brother’s Instagram post. You can see why I’m still single.

There’s a photo of him mid-conversation at a table with his staff at a popular eatery that he owns. The caption listed three ways in which he chooses to motivate himself and the people around him. He wrote, “One: Give yourself five seconds. Mel Robbins has a technique called the Five-Second Rule.” And then he quotes her, “If you have an instinct to act on a goal, you must physically move within five seconds or your brain will kill it.”

Our minds move so quickly from one thought to the next, and I didn’t really acknowledge steps two or three of his post. I went straight to Google to look her up.

Now, for those who don’t know who Mel Robbins is, I think I know what you’re thinking. So, it goes like this:

“No. Mel Robbins is not related to Tony Robbins in any way.”

“Wait. Is she like one of those kinds of motivational speakers?”

So, she’s a former criminal defence attorney, a wife, a mum of three who lives in Boston, is almost 50, wears black leather pants, high-tops swathed with glitter, drinks whisky, and will literally tell people to get the fuck off her Facebook page if they don’t like her swearing in her videos. But, her badass and glitter also comes with equal parts of kindness and vulnerability, so I download her audiobook.

At this point, there’s still parts of me that resists wanting to like what I’m going to hear because, if you’re like me and have spent a disproportionate amount of time in self-help aisles in bookstores, and looked up a tonne of inspirational and motivational videos that talk about the Universe in every sentence, you can become quite jaded and cynical by the whole business of it. Most of it can sound like vacuous babble. Some books may get over the line and make you feel acknowledged in the moment, but rarely do they provide a roadmap on how to work through your feelings. Maybe that’s what that woman was implying, at that rooftop bar in Sydney. Am I the type of woman that talks about my feelings, yet does nothing about them, maybe? I don’t know. I put in my earbuds, hit play on my iPhone, jumped on my bike and rode around a nearby lake.

As I continue to listen, I was ready to delete this book off my phone, but I was desperate, and I remembered that my cousin Samira in London was the only person I knew that followed Mel Robbins on Instagram. And Samira is woke and doesn’t have time for no bullshit, so I keep listening.

The book suggests many ways to change you life within five seconds, like getting out of bed as soon as your alarm clock rings and not pressing the snooze button, and doing all those tasks that you have feelings about but don’t take action on. My inner critic refuses this advice for a good couple of weeks, but the hollow feeling inside gnawed more of me and then I finally bucked.

On my first compliant day, instead of laying in bed and thinking about my issues, I got up and got on with it, even though I felt shitty. Slowly but surely, things did start to change. When I’d think about exercise and not want to do it, I’d count from five, pump that iron, then feel like Serena Williams afterwards.

And then I started getting on top of work that I’d kept blowing off, I responded to my accountant on-time, I complete my taxes on time. But, one of the hardest things was actually trying to use the rule to stay present. My anxiety usually propels me into the unknown future or I berate myself over past mistakes. But on one particular day, while babysitting my brother’s kids, I had the one-year-old boo on my lap. A fleeting thought past, one I’d never had before. I wanted kids of my own. Holy shit! All this time, my anxiety had never allowed me to imagine a fully realised queer life for myself. Holy shit! This thing really works! Aww, afro babies!

On April 10, the day of my 34th birthday, I began an eight-week online course run by Mel and her team. The daily exercises made me dissect and examine my life more closely. A few days in, I had a lightbulb moment. The abusive relationship from seven years ago still had a hold on me. Back then, I had told that male partner that I thought I was gay and I was taunted and bullied for it. The word “lesbian” was used as a pejorative. It took another four years to come out to myself and to the people that I love.  And although I didn’t want to admit it to myself, I still carried that shame.

Fuck that. This lesbian was gonna get hers.

After years of slow and steady progression to feel better, the next two days I applied myself with Serena-like focus. At the end of a work day, I sat down in my bedroom and I noticed something significantly different. I felt lighter, happier. For the first time my mind was clear, and I was on the verge of tears.

On April 17, anxiety had officially been given its eviction notice, picked up it’s boxes – to the left, to the left – and was on its ass on the kerb as I waved goodbye, and my zest for life moved back in.