Dee Fidge: More People Should Be Afraid of Moths

Deirdre Fidge tells us a story about fluttering and fear.

Dee is a writer and social worker whose work has been featured in Archer magazine, Daily Life, SBS, ABC, Crikey and Junkee. Her writings on LGTBQ issues saw her shortlisted for Out for Australia’s Role Model of the Year in 2017. She also authored a chapter in Doing It, an anthology of sex-positive stories written by women available through UQP. Dee’s career highlight to date is being retweeted by John Stamos. 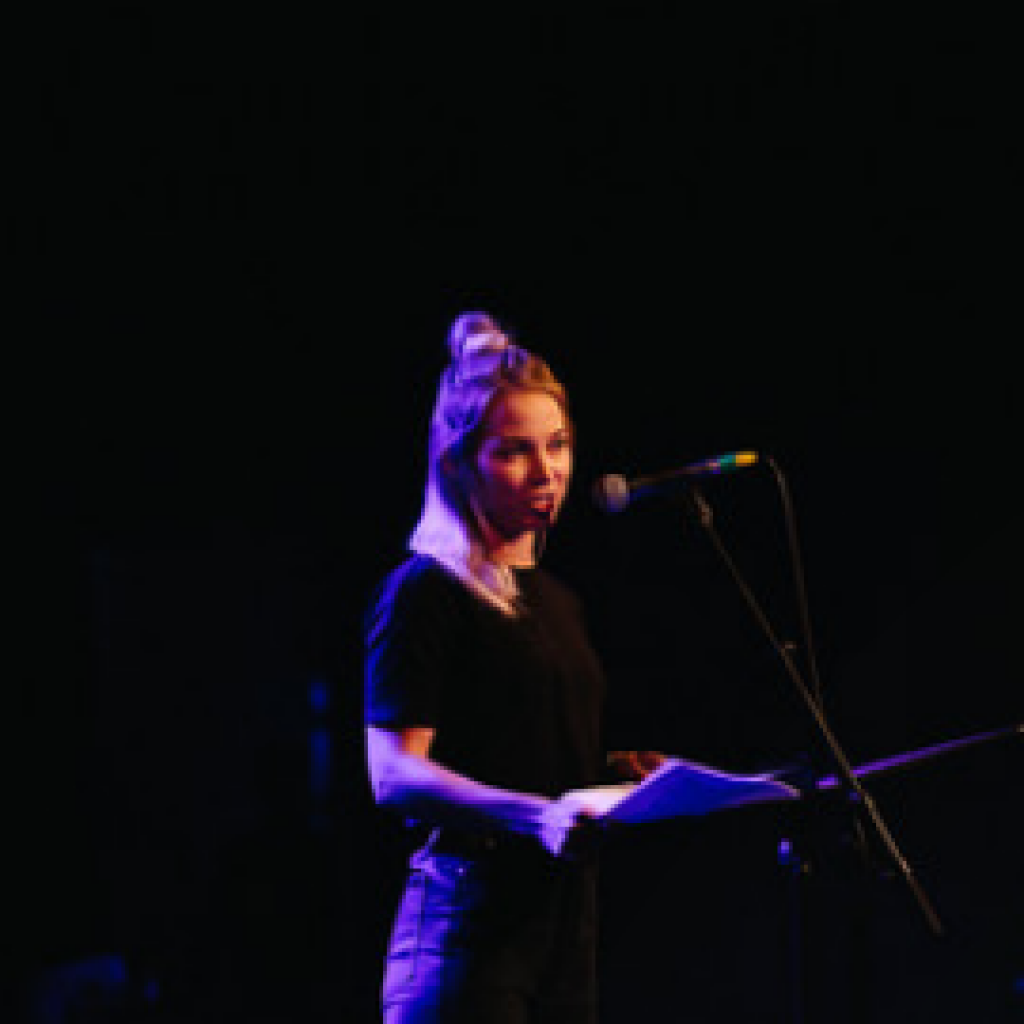 Hi. I’m Maeve Marsden and you’re listening to Queerstories – the podcast for the LGBTQIA storytelling night I host and program in Sydney and Melbourne. This week – Deirdre Fidge is a writer and social worker whose work has been featured in Archer magazine, Daily Life, SBS, ABC, Crikey and Junkee. Her writings on LGTBQIA issues saw her shortlisted for Out for Australia’s Role Model of the Year in 2017, but her career highlight to date is being retweeted by John Stamos. Dee appeared at the first Melbourne Queerstories at Howler in February 2018.

This is a story about moths.

During a getting-to-know-you activity at uni, everyone was asked to share some facts about ourselves: Where we were born, why we are studying the course and something that scares us. The last suggestion saw people sharing some common phobias like heights, or clowns, or small spaces. Nobody said they were afraid of getting-to-know-you activities, presumably out of politeness. When it was my turn to share, I felt a fluttering in my chest, and a flooding of thoughts entered my mind. I said to the group, “I’m scared of moths.”

Sometimes, people laugh when they hear that I find moths terrifying, and I just have to lean back and say “Wow. Wow… Wow,” over and over, until they walk away.

Because it genuinely stuns me how many people I meet who don’t find moths terrifying, because you should. Welcome to my TED Talk.

To begin, moths are useless. If you type “moth” into Google, one of the frequently asked questions is, “Are moths good for anything?” Firstly, what kind of question is that? Because, secondly, no. If moths were human, they would be the kind of person who eats a juicy apple on the train, the type of person who corrects their friends’ pronunciation of “pho” because that’s not how the locals pronounce it. The type of person who has a drink and makes that *sips and sighs happily* sound after every sip. And, just like these people, moths have no point.

There’s nothing inherently scary about being useless because none of you find me particularly scary, do you? But, we must draw the line when this is combined with aggression and violence, bringing me to my next point. I’m sorry.

Moths are ill-mannered and have no regard for personal space. I was once sitting outside at a party, just an innocent young girl trying to engage in friendship when a moth flew down the back of my jeans with the force of a military aircraft. I expected to leave that party with a smile on my face and a heart full of new memories, but instead, I left that party with a dusty bum. I cannot count the number of times I have had to retreat indoors during an outside social event due to being pummeled by these creatures. Many a summer night has been spent inside with my face pressed up against the window, watching my friends have fun, somewhat naively. I scream, “Danger! Danger!” at them but they don’t seem to hear me, even when I bang my fists on the glass. Most times, they actually move away from the window, so one can assume that moths have acquired the supernatural ability of mind control.

I’m trying to say that moths are dangerous. You might be thinking, “No, they’re not. They’re actually harmless,” and I understand this sort of reaction if you have never personally felt afraid of them, or if you are some kind of cartoon idiot with your foot trapped in a bucket. Whoever is in charge of marketing at Big Moth is doing a terrific job because they want you to think they are harmless.

Another anecdote. Strap yourselves in.

One night, I was having a shower, just an innocent young woman trying to live my life when a moth suddenly appeared. What followed was a complete reenactment of the famous scene in Psycho, except instead of being attacked by a knife I was attacked by the most horrid of all insects, and it is inarguably worse to be left with memories of a furry demon aggressively throwing its horrible body at your wet, naked back than to be left with several stab wounds. On the topic of death, this brings me to my most important point: Other than moths, what else turns to dust when it dies? That’s right folks, a vampire. A freakin’ vampire. And, while there is technically no evidence that moths are undead, bloodthirsty beasts with a primal desire to consume human flesh, there also is no evidence that they aren’t.

Why aren’t more of you taking notes?

There’s an expression that I hear often but I’ve never quite understood, and that is, “Do at least one thing every day that scares you,” but I literally live in fear knowing that moths exist, and I don’t feel any braver for it.

As a child, I tried walking through the Zoo Butterfly House but was quickly kicked out for screaming and hitting the butterflies whenever they landed on me. Yes, I am also scared of butterflies because, as everyone knows, they are just bougie moths with a superiority complex…

And they have excellent contouring skills, so they’ve tricked everyone. I guess I’m scared of butterflies too. I guess I’m scared of a lot of things. Maybe this is actually a story about fear, because if I’m being honest when I’m asked what I’m afraid of, I feel all that fear fluttering around in my chest, and for a brief moment, my mind tells me everything that scares me, and it says…

“I’m scared of the world my nephew will grow up in.
I’m scared of the Liberal party. I’m kind of scared of all parties.
I’m scared of artificial intelligence, and I’m scared of robots becoming sentient and realising that humans are shit, and murdering us with their scary robot hands, like in that Will Smith movie from 2004. Topical.
I’m scared of Will Smith saying something really problematic, other than the Scientology stuff because I really love watching Fresh Prince when I’m sad, especially the first three seasons before they replaced Aunt Viv because the original Aunt Viv was a total legend and also a really good dancer.
I’m scared that it’s not imposter syndrome I suffer from, but actually acute self-awareness.”

“I’m scared of polar bears having no more ice to rest on and dying.
I’m scared of turning into my dad.
I’m scared we’re moving backwards as a society.
I’m scared of the people who hate my friends and my community, and I’m scared that these people aren’t fuelled by fear – like we are so often told – but by hatred and disgust.
I’m scared of not being helpful enough, or good enough, or queer enough.
I’m scared of being scared.
I’m scared not of dying alone but of living alone; of my world slowly shrinking until all that I am is an invisible woman lying on a bed in a small room.”