David was born in the inner-west of Sydney where he still lives. He became involved in the lesbian and gay movement in 1975 and in 1980s was a member of the Gay Liberation Quire and the Gaywaves Gay Radio Collective amongst other things. He’s been active in the disability movement since the 1980s and in membership-based organisations concerned with employment, advocacy, multicultural advocacy and housing. In the late 1990s he was a founding member of the queer disability activist group, Access Plus – Spanning Identities.

In the 1980s he worked in the Commonwealth Department of Employment and Education in Western Sydney as an Employment Counsellor and then became its state coordinator of disability employment. After 14 years he was retrenched which led to doing an Honours Degree in Arts and Social Sciences at UTS, and his next career as a social policy researcher at UNSW. After 12 years retrenchment propelled him into two simultaneous new careers – a PhD and the daily support of his mother following her Alzheimer’s diagnosis. The thesis, In Memory of Now: A Queer History of the Present is available online, as his his album My Life as a Social Movement. 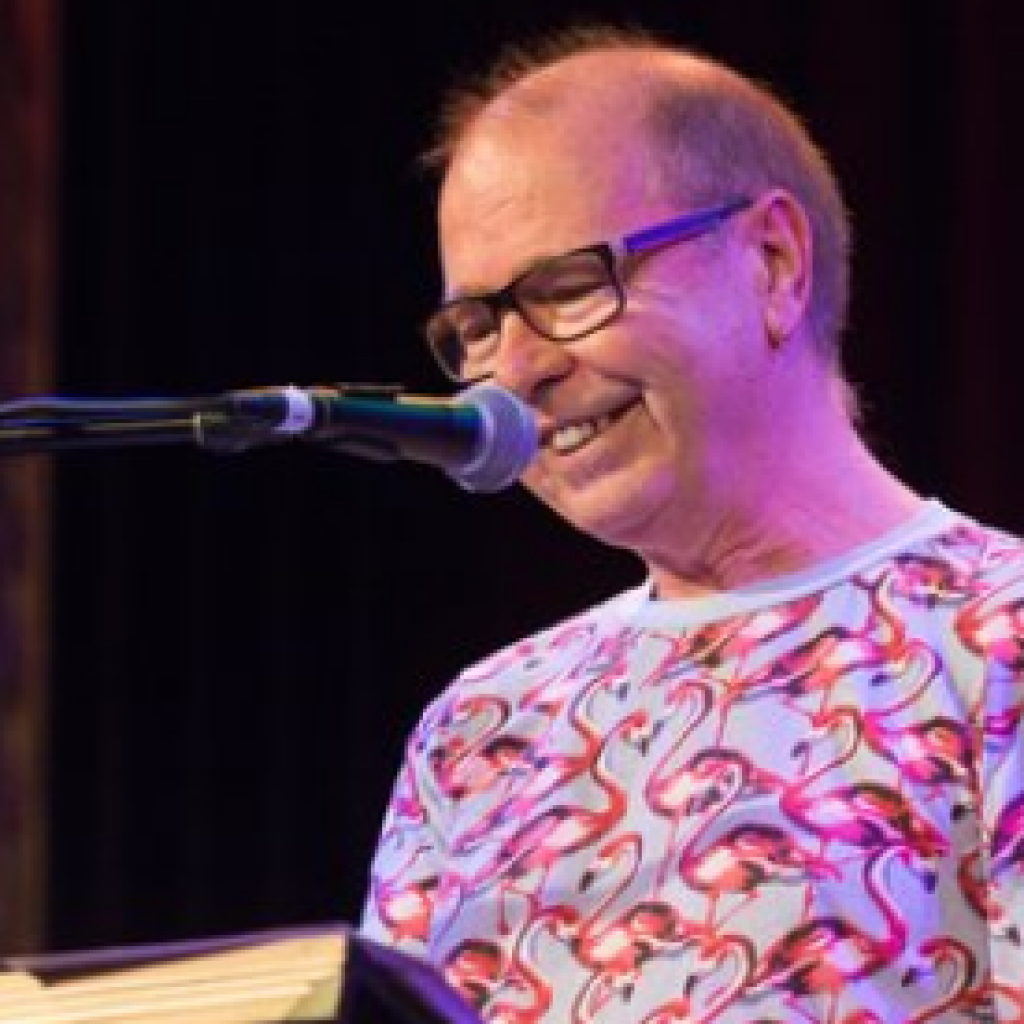 Hi. I’m Maeve Marsden and you’re listening to Queerstories – the podcast for the LGBTQIA storytelling night I host and program in Sydney and Melbourne. Next – David Abello became involved in the lesbian and gay movement in 1975, and in the ’80s was a member of the Gay Liberation Choir and the Gaywaves Gay Radio Colle… We really do like putting the word “gay” into things. The Gaywaves Gay Radio Collective, amongst other things. In the late 1990s he was a founding member of the queer disability activist group, Access Plus – Spanning Identities. His PhD thesis, In Memory of Now: A Queer History of the Present is available online, as is his album, My Life as a Social Movement. David performed at the special ’78ers Queerstories event featuring those who were involved in the originally Sydney Mardi Gras protests in 1978.

I’m going to talk about a 78er, not myself, my friend Paul Young. Did anyone know Paul?

PAUL: Oh, good. Good. Well, you might enjoy this. These are some of the things most people don’t know about him.

When we met we were teenagers. I was living in a share-flat in McMahons Point in 1975. I was home alone when a very striking looking person knocked on the door.

“You don’t know me,” he said, “but I’m Paul Young. I was at home and I was going to kill myself, and I wrote my mother a letter. It’s all right, I’m not going to kill myself now, but she found the letter and she freaked out, and I had to get out of the house. Can I come in?”

So I put the kettle on.

I was no stranger to mental illness or suicidal ideation. We smoked joints. We talked for hours about our lives, his situation, his family: His crazy brothers, his hapless Catholic parents. When Paul was young he was sexually abused by their parish priest. By the time he was twelve, he was having psychiatric treatment. “Highly strung” has the diagnosis. He was prescribed major tranquilisers. He was still taking them. We recognised a lot about each other’s lives. He was a whirlwind. I’d never met anyone quite like him. We became very close friends and remained so.

Not long after I met him we went away to stay a weekend with his parents who were camping in a caravan and annex. They liked me. I was “Paul’s sensible friend.”

It didn’t take me long to work out why he was highly-strung at twelve. The family was troubled. Paul’s older brother was a very frail schizophrenic and his younger brother was aggressively violent. Paul’s mother Elaine was always exhausted. I got into trouble for encouraging his father’s stories of war service in India. Bob had a whining quality in his voice, one that I would later hear in Paul when he was on barbiturates.

Paul was doing an Arts degree at Macquarie University. He lived with his family in West Ryde which he called West Beirut. He was shameless, fearless and resourceful. He was an extraordinary shoplifter.

I was with him at a Coles store in the city. He was chatting to the cashier with his face while his hands were folding a large five-tier macramé pot holder and stuffed it into his army surplus trousers.

Out on the street, I marvelled at his face work and his control, and he produced a foot-high Bangalow palm from his jacket and said, “Present for you, Pet.”

Paul did have a wonderful sense of humour and irony, which is reflected in the Telegraph, Daily Mirror and Sun Herald placards that he stole from the front of newsagencies for his collection. And I’m going to read out some of them. You know the placards. They still have them.

Paul introduced me to people who became very important to me, people I’ve known all their short or long lives. He knocked on my door in 1978 and said, “When are you going to get a fucking phone? Come on, we’re going to a meeting.” He had been invited via Macquarie University Gay and Lesbian Group to a meeting, organising events for International Gay Freedom Day. I knew most of the people at the meeting from the lesbian and gay movement, but Paul was the only reason I went. The rest is history.

At a time when there was centralised and largescale entry-level recruitment to the public service – some of you might be old enough to remember that – Paul scored a job in the Department of Social Security, starting in its Central Benefits Unit. I got telecom job in a draconian workplace where I frequently had my flexi-time privileges withdrawn for wearing gay liberation badges. Social Security had a kinder culture where Paul blossomed. Given his various states when we had lunch together in the city, I did wonder how he did it. Mandrax for lunch and the little mattress he kept under his desk for naps.

He developed an encyclopaedic knowledge of the Social Security Act and policies, and in his last job he was Officer in Charge of Pensions at the Bondi Social Security. He made many friends there and ensured that they got all of their entitlements.

Because of his job, Paul was able to get a mortgage on a house. It was called Dulwich Hill Disco where the music was loud, non-stop, and cutting edge. He had hundreds of friends visit there. He had a cat called Kenny and two silky bantams called Judy Davis and Nina Simone. They won prizes at the Easter Show. They were pretty good. His garden was a tropical jungle, a riot of colour and form. We were both members of the New South Wales Bromeliad Society. He was a very popular figure at their shows… out the back with the older women.

In the late 1970s and ’80s, he was active in the lesbian and gay movement. He was always out about his homosexuality. He had radical and dissident politics. He was a transgressive dresser. He may have been the first male to shop at Susanne’s.

In the later 1970s when tensions were high between lesbians and homosexual males, Paul had many close lesbian feminist friends. In 1981, we were members of that year’s Mardi Gras Organising Collective and foundation members of the Gay Liberation Quire. He was one of the first out HIV-positive people in Sydney. He was the first to be refused air travel in Australia, which he successfully appealed in the New South Wales Equal Opportunity Tribunal. I still have his little plaque.

I still have the little plaque he stole from the set. “Complainant.”

“You’ve rung Paul Young, AIDS Megastar,” his answering machine would say, or “HIV Living Legend.” Or on a bad day, “It’s the Walking AIDS Disaster Area here.” He was amongst those who founded People Living With HIV/AIDS New South Wales, and he gave its publication, Talkabout, its title. Early HIV drugs and combination therapy had a terrible impact on his body. Yet, as a dissident, he always challenged those who crusted around the edge of compromise with government and claims to respectability. He outraged some with his public statements. His response to calls for the quarantining of people with HIV, for instance, was that it was too late. He’d already had sex with ten thousand men.

It was probably about nine thousand, but anyway… He did exaggerate a little bit.

I stayed with Paul at St Vincent’s Hospice for the last few days of his life in July 1990. At the stage that he hadn’t spoken for many hours, two nuns and a priest came into the room offering him the last rites.

“There’s a priest here,” I yelled in his ear. His eyes opened and focussed for a minute. ‘”Father Hugh Murray,” he whined. The priest came closer. “You sucked my cock when I was eight years old.”

The scarlet-faced nuns tried to dissolve into the floor and the priest walked, in shock, backwards out of the room. Murray was tried in 2009 for multiple offences against children over several decades. At least, he didn’t get the royal commission but he got his revenge.

After Paul died, we washed him and dressed him in the outfit he’d recently worn at Sleaze Ball, something he had stipulated in his will…

.. something I hope I always remember. Thank you.