Charles O’Grady is a queer transgender theatremaker, poet, and journalist, who lives between Sydney and Melbourne. As a playwright he has written multiple works focused on intersectional queer and trans storytelling, including Kaleidoscope, Telescope, and Are We Awake? He has worked on productions with such mainstage companies as Griffin, Malthouse, Belvoir, and STC. Charles is a fierce advocate for nuanced trans representation and trans stories that are told by trans people, and has worked for the last four years to bring other trans and queer artists into the theatrical conversation. 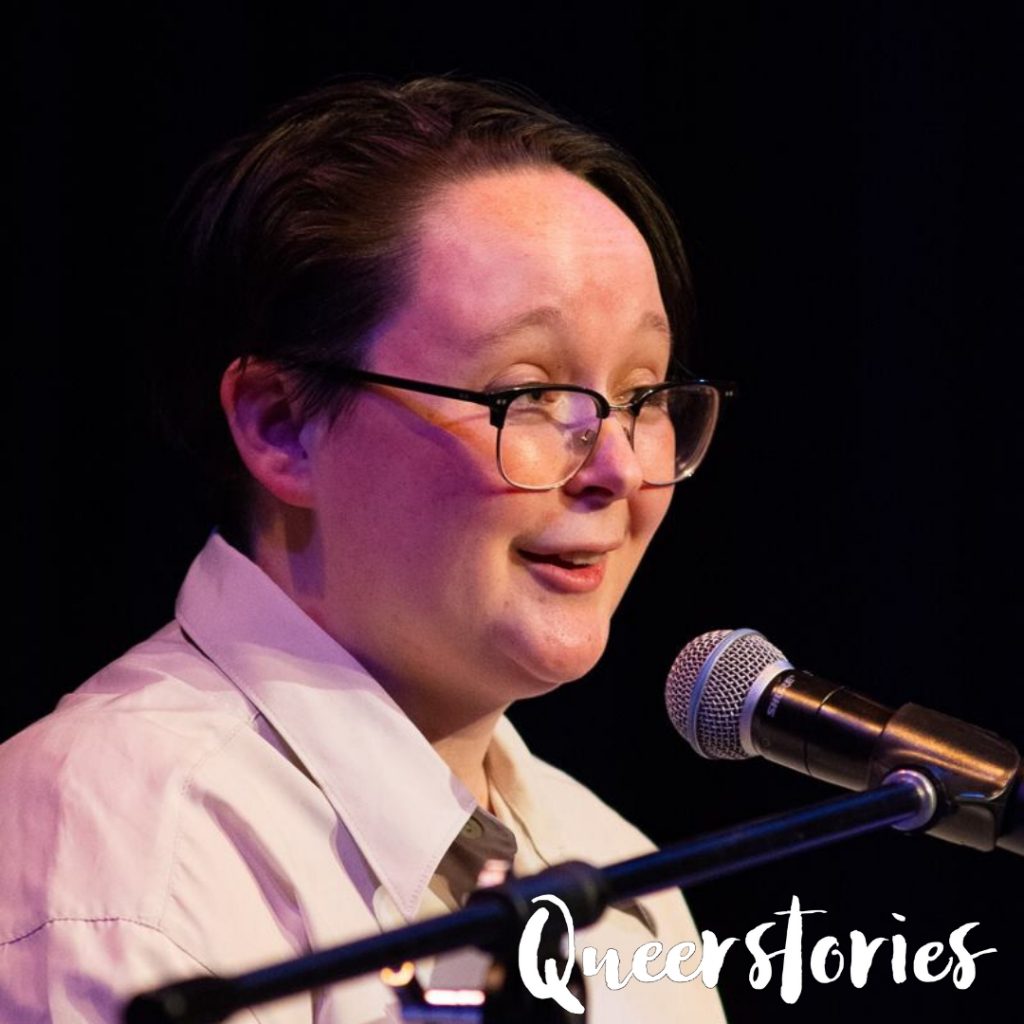 Charles O’Grady is a theatremaker, poet, and journalist. He has worked on productions with companies like Griffin, Malthouse, Belvoir, and STC, so, you know, just the small ones. When he’s not doing all of the theatre, Charles enjoys horror films, neckwear and dancing it out.

In a season one episode of network sitcom classic Will and Grace, an episode called Will Works Out, Will invited Jack to his gym on a buddy pass but quickly becomes embarrassed at his friend’s flamboyant behaviour. And, yes, I’m about to talk about Will and Grace for the ten minutes, so strap in!

So, Will has invited Jack to his gym but Will starts to try to distance himself from Jack because he’s so obviously gay, and Will isn’t out to a lot of the people he works with. At around the end of Act One of the episode, he remarks that “Sometimes Jack is just such a fag.”

At the end of August last year, I broke my ankle quite thoroughly. It doesn’t matter how, but essentially I was walking through my house, stone-cold sober, at 9 PM on a Monday night, and I just missed the ten-centimetre step between the kitchen and my bedroom. And so I fell – as one does – but apparently I didn’t do it very well, because four hours later I was pathetically crawling, half-naked and silently weeping, to the bathroom.

At the hospital, the next day with my best friend, Kurt, every medical professional I spoke to assumed it was just sprained – though not before they each asked me fourteen times apiece how many drugs I was on when I fell because welcome to being queer in a hospital. They assumed it was sprained, that is until they took me in for an X-ray, and the doctor came back to me very quickly after that.

I glanced over at Kurt, who had been silently convinced the entire time that I was exaggerating and that it wasn’t actually broken.

“You’ve broken it in two places,” he said.

“You’ve broken it all the way through”, he said. “I must say, you’re very stoic.”

“Yeah,” he said, “We just assumed it was sprained because you didn’t seem to be in much pain.”

So, when Will calls Jack a fag, as the unbreakable rules of network sitcom would have it, Jack is just out of frame and hears this whole exchange. Understandably, he’s hurt – or so the sad jazz music interlude would indicate – but the next time we see him on screen, he enters the gym in a singlet and baseball cap, drawling about “the Knicks game last night” and spitting on the floor.

He re-appears in a perfect masc-drag. It’s a precise send-up of your average straight white male: Unfeeling, unaffected, unmoved. It takes Will, and me, by complete surprise.

Now, the reason I bring the up the story about breaking my ankle is because after that, during the month or so, I was almost exclusively confined to the house and, more specifically my bed, which meant I had to hop over that traitorous little step every time I need food or the bathroom. While I was trapped in the house, I got really, really into the original series of Will and Grace. This was in part at the insistence of the aforementioned best friend Kurt, who’d been into the show for years, and in part because when I’m sick, I inevitably pick up a new obsession. When I got swine flu in Year Nine it was Neighbours. When I got bronchitis my first year of uni it was One Direction, and when I got depression it was Theatre, which seems to have stuck.

I have to say I was surprised to be as into Will and Grace as I was. I’d seen bits of episodes every now and then as a kid, never really understood the jokes. And as an adult I have become, some might say, an extremely trans, extremely queer, extremely prone to writing angry articles for SBS about bad queer representation, kind of person. And, so, I just assumed I’d have Things To Say about the whole thing. I figured, best case scenario it was going to be enjoyable trash I could turn my brain off for, like how sometimes I turn off my brain and watch 27 Dresses for the six hundredth time.

Jack walks into the gym in the perfect masculinity disguise, and while Will is initially flip about his best friend’s transformation, he wonders what’s going on. Jack says, “I heard what you said about me.” He says, “What are you so afraid of? That people here will find out you’re gay? You haven’t told them yet, have you?”

Will is defensive. He says he’s allowed to choose when and where he is out to people, and forgive him if it doesn’t want to be seen as a flaming queen all the time. And Jack says, “I’d rather be a fag than afraid.”

To give a little context to my relationship with my best friend Kurt, we’re the kind of friends who most of the people we encounter assume we’re dating, including both of our respective housemates. I think that’s an extension of the old assumption that two gays who are friends must obviously dating. We’re both effete trans gay boys, so obviously people look at us and think “These things are the same, so therefore they must make sex.”

It might also have something to do with the fact that we each refer to the other as “my wife.” Somehow, we both became so gay and trans that it circled right back around and we’re a lesbian couple, and I guess you can tell that to all people who think trans men are just levelled-up butch lesbians.

Much to my surprise, I didn’t have to turn my brain off while watching Will and Grace, and, in fact, my seventeen-part analysis is coming to SBS this month. Umm, it’s not, but if anyone wants to pay me to write that, I will.

Instead, I thought a lot about masculinity, about how watching an unashamedly feminine queer man was still, at least for me, a revelation, and how when the doctor told me I was, “very stoic,” I felt proud of myself for not being a nancy about literally breaking my ankle in half. How, at my core, I was still afraid to be seen as feminine, but it wasn’t because I was trans.

I used to be very precious about my masculinity. Paranoid, hypervigilant, constantly fixating on the idea that someone might deem my behaviour not manly enough to be a real man. I had a friend in uni, one of the first friends I came out to as trans, who, in an effort to indicate he accepted my being a man, would respond to anything feminine I did by saying, “Hah! That’s gay.” I carried a Longchamp bag, and that was gay. I crossed my legs when I sat rather than spreading them to the poles of the earth to preserve my giant balls, and that was gay. I like to wear bowties and nice cardigans, and I bought clothes specifically to wear as pyjamas from Peter Alexander, and all of those things were gay. And so, it turned out, was I. Am I?

Kurt wanted me to end this story with the conclusion that it was through my very faggy best friend that I got my groove back, but I think I, maybe, also owe that victory to Jack McFarland for reminding me I didn’t have to be stoic and swaggering, and that I still had a lot of unlearning to do before I could stop being afraid, and just be a fag.

But if anyone asks, I broke my ankle in an intense motorcycle accident. Thank you.