Chantell Martin reflects on her experiences of transition and some of the major emotional turning points in her life.

Originally from New Zealand, Chantell Martin has worked predominantly in the community sector. She worked for ACON as their housing officer, then went onto work for the Gender Centre as a case worker and housing officer within their residential project. Chantell is an active trans sex worker who works as the Transgender Outreach Officer at SWOP. And she is one of the founding members of the only Transgender Housing Co-operative in NSW which was established in 2011 and has been operating as a legal entity since 2016. 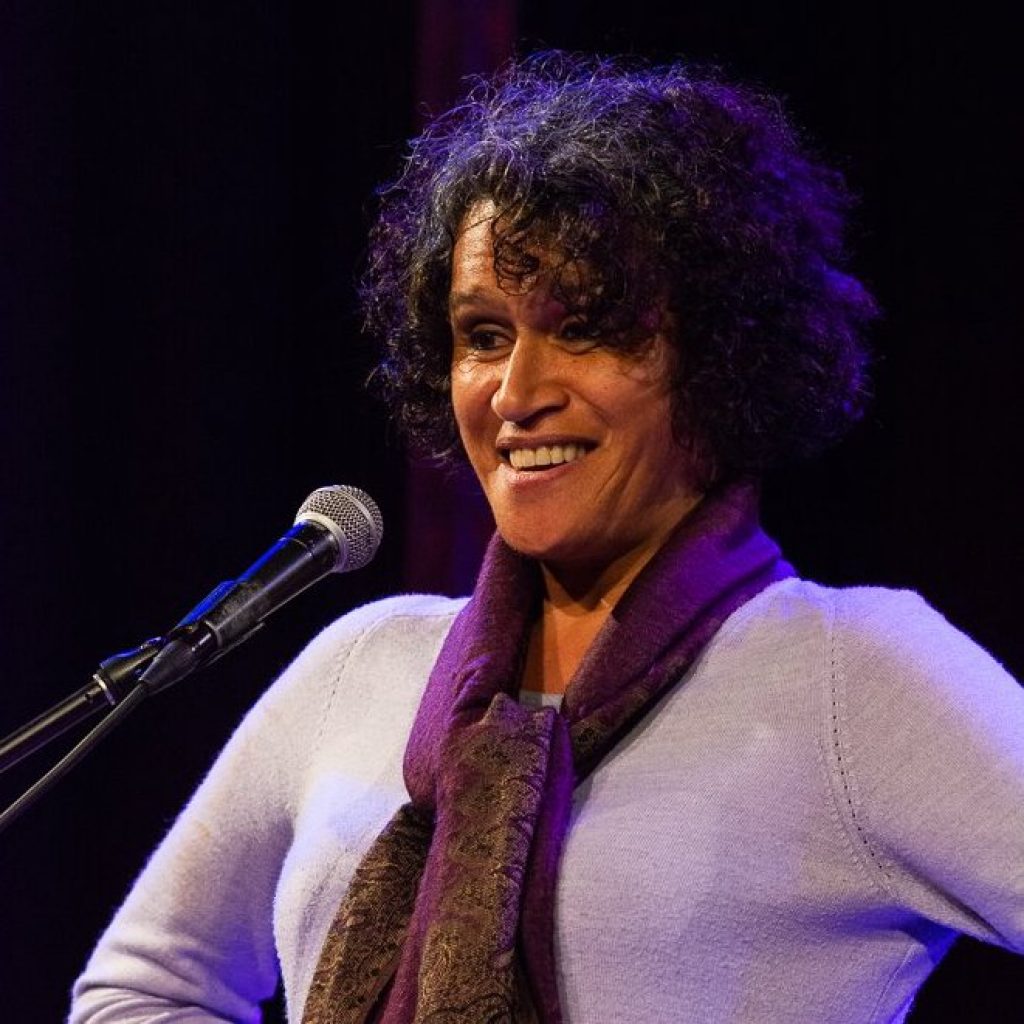 Chantell Martin has worked predominantly in the community sector organisations such as ACON and the Gender Centre. Chantell is an active trans sex worker who works as the Transgender Outreach Officer at SWOP. And she is one of the founding members of the only Transgender Housing Co-operative in New South Wales. Chantell performed this story in Sydney.

Good evening, everyone. Before I start I’d like to acknowledge the Gadigal people of the Eora nation on whose land I stand tonight to share my story. I’d also like to pay my respects to elders past, present and emerging. I’d also like to thank Maeve and everyone else who helps organise Queerstories, for giving me the opportunity to share part of my story this evening.

When I was asked to share my story I instantly thought, well, this is going to be interesting to say the least. When I received Maeve’s email on the format of the evening for the speakers it said, “Share about something unexpected, engaging and entertaining.” I thought, hell, that’s my life in a nutshell. I think from the time I came into this world my life has been just that.

I’d like to share with you a time from 30 years ago about my transition. I had started the hormone treatment and been on them for about three years. I’d never felt so girly in my life before, and adjusting to this new life for me was exciting and terribly fearful all at once.

I was living on the Central Coast at a time where being trans in a small red neck, ball scratching footballer town wasn’t an ideal place to transition, especially if you didn’t know anyone. I felt I had no other choice at the time but to take care of my own safety. For me, that meant dressing and acting 100% woman, 24 hours a day.

I told myself every day that I was a woman and even went as far as imagining I was a genetically born female. I know, right? A bit dramatic, how’s that for entertainment?

This whole genetically born female idea really started messing with my head after a while. It would be at its worst when it came to having a shower. I’d be thinking I’m a woman in my head but washing something totally different between my legs. I can see where this sort of thinking can really affect some of my trans sisters and brothers to the point of self-harm and suicide.

That was it for me. I couldn’t allow this sort of thinking to plague my life anymore. It was stunting my growth and preventing me from moving forward to becoming the person I am today. It was just really lonely being in that hideous headspace.

I woke up one morning and gave it more thought and the conclusion to my dilemma was this: I will never ever be a genetically born female – that’s a fact, it’s reality – but I am and can be someone who is proud to be trans.

Thank you. That day was a massive turning point in my life. It felt like a huge weight had been lifted off my shoulders. I was no longer living in fear, on a daily basis, of not looking the part of a woman or being feminine enough, and constantly looking over my shoulders in case someone from my past outed me. And, because I was more comfortable with who I was, others around me were also comfortable with me. I thought, what more could I ask for? My life couldn’t get any better, well it did.

My sexual relationships with men changed, and for the better. As a transgender sex worker, I had ample opportunities for exploring my sexuality. One of the many things we as trans women experience in the sex industry is shaming from a client because of their own guilt. In the beginning. I use to kowtow and make up excuses for them because I wasn’t comfortable with who I was. Accepting who I truly am changed everything. I began holding guys accountable, and still do, for their own guilt after bedding down with this amazingly stunning woman with a difference.

They would say, “Oh, my God. Does this mean I’m gay because I’ve had sex with you?” My reply would be, “You can be whatever you want to be, babe. Now, get out of my house. You’re not gonna dump your guilt on me.

I’m very proud and comfortable of who I am, and that’s all that matters to me. What do I look like? Do I look like Oprah Winfrey? Who gives a damn. It may seem like I’m a bit hard on  – pardon the pun – for some of these guys, but ultimately I was harder on myself when I took on their guilt, and I won’t ever let myself feel less than again.

Looking back over the years, my life has been a constant morphing into different things. I like to call them phases like my mum did when I first told her and dad I was trans. Dad said, “Well, is that boy queer now?” And mum replied, “Oh no, Dad. It’s just a phase he’s going through. Give it time. He’ll snap out of it.”

Today, I like to have a laugh with mum and dad now and then, saying to them, “This must be one of the longest phases you’ve ever seen me go through, right?”

Then we all burst out laughing.

It wasn’t easy for them to deal with my transition at first. They grew up in a different time where boys were boys and girls were girls, and anything outside those binaries went into the too hard basket. I didn’t make it any easier for them either. I chose to run away to Australia and start a new life without giving them the opportunity to get to know the new me.

I travel home to New Zealand as often as I can to see them, now that they’re older. I see the rest of my siblings as well, who also had mixed feelings about my transition over the years. They were the ones I was the hardest on. I told them I didn’t give a damn whether they accepted me or not. “Mum and Dad accept me, and that’s all that matters to me.” As far as I was concerned, they didn’t pay my rent, put food in my cupboards or clothes on my back, and that was that.

I told them I didn’t need them in my life if they didn’t accept me, but that was a lie because many years later when I fell on hard times, I did need them and longed for their emotional support, but my pride just got in the way.

Today, I have the closest loving relationship with all my immediate family, and time really did heal all of my wounds, and for that, I am truly thankful. Thank you.