Ali Choudhry: The Origin of the Modern Man

Ali reflects on being a shy kid and on his work as a photographer.

Ali Choudhry is a collector of slashes. He is a gay / person of color / Asian / refugee / photographer / activist. And those are just the ones he can think of off the top of his head. Ali is a Brisbane photographer whose work explores the dichotomous aspects of identity: differences about our true selves we often balance daily with what we present to the world. 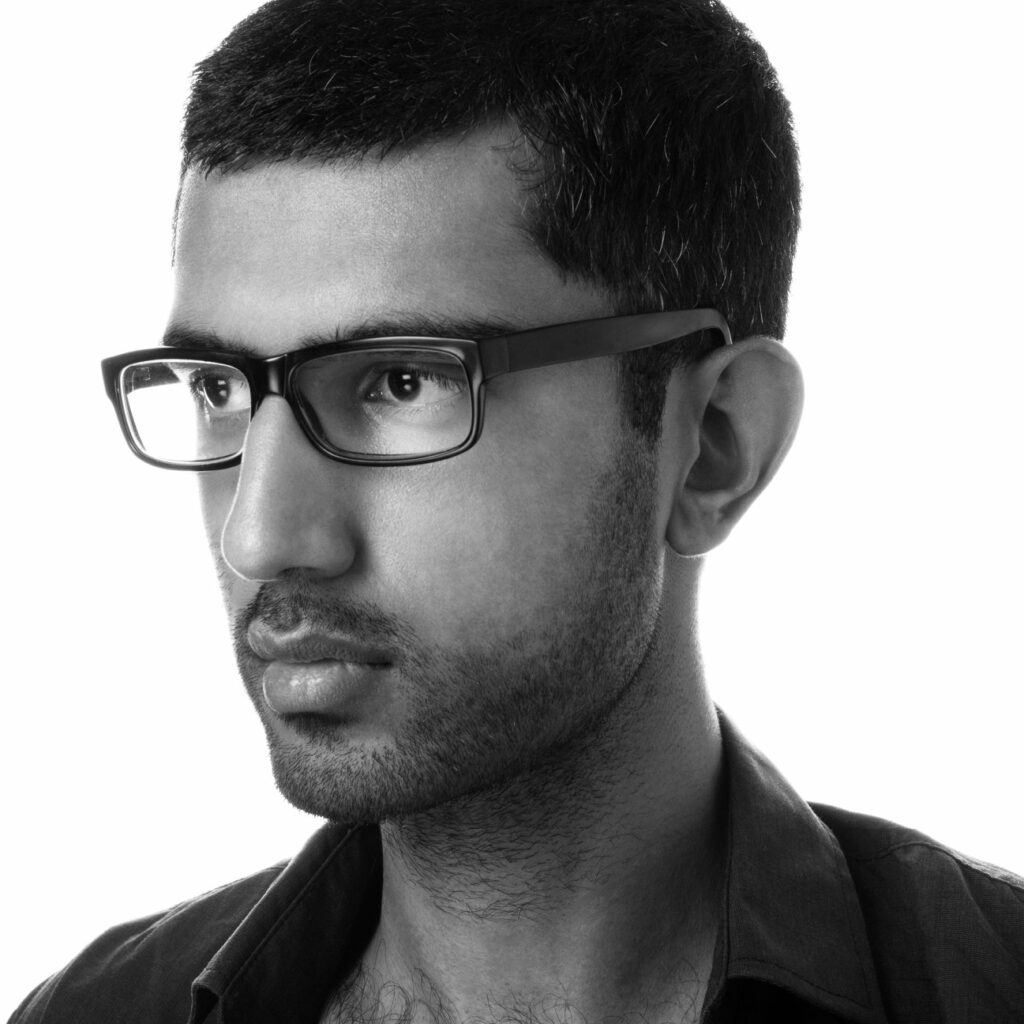 One of my favourite things with Queerstories is the bios that people submit. Some people submit fairly obvious professional bios, but sometimes you get quite creative ones like this: People collect many things. Some people are into trading cards, others might collect mail stamps, and yet others collect stamps in their passport. Ali Choudhry is a collector of slashes. He is a gay / person of color / Asian / refugee / photographer / activist. And those are just the ones he can think of off the top of his head.

Ali is a Brisbane photographer whose work explores the dichotomous aspects of identity: Differences about our true selves we often balance daily with what we present to the world. He is involved in grassroots activism, going to the gym, and Netflix but no Chill. Enjoy.

Growing up, I was always the lanky, shy – and I mean shy – kid who did well in school. I got teased a bit from my really high-pitched voice, but I think everyone has it tough in school, so overall I had a pretty good childhood. The thing is, when you’re young, you have school friends and you have home friends, and I had enough school friends but I didn’t really have many home friends.

After school, nearly every day, I did what any self-respecting little gay boy would. I’d sew scraps of clothes together for my action figures.

And then paint and draw little dioramas for them to play in. I was obsessed with the Power Rangers, and looking back, that show was pretty gay.

It’s a bit of a mystery to me as to how my mother was surprised when she found out I’m gay, but she was. I mean, really, Queen?

I’m still pretty lanky and I’m still a bit shy, but I’m working on that, this year especially. I’m trying to push myself to say yes to things that are way out of my comfort zone, and then to actually follow up on all those commitments, so here I am. I showed up tonight.

Although I don’t sew clothes for my action figures – mostly because I don’t play with action figures anymore – I do still use a lot of those skills, which took a lifetime to develop. That sounds like a lot, but I’m only 30. You see, I work as a photographer. Usually, when I divulge that little bit of information about myself, I get asked what do I do? What do I actually do? That’s easy. I specialise in commercial headshots, so my clients include models, actors, comedians, lawyers, accountants.

Pretty much anyone where they, themselves, are the product, or they’re trying to sell a service.

It sounds like a pretty glamorous job, and sometimes it can be, but for the most part, it is a lot of hustle and a lot of rejection – a lot of rejection. So although this is true for any profession, it’s especially true for the arts, that persistence and passion are paramount. It’s not all grim though, trust me. I know grim. I’ve been a refugee, but that’s a completely other story.

Anyway, I’ve had the privilege of showing my work in the Museum of Sydney. Photography has allowed me to meet the movers and shakers of this country like Magda Szubanski, Justice Michael Kirby and Penny Wong. I’ve gotten to photograph amazing artists who’ve won Grammys and Emmys. I’ve photographed and partied with some of the most beautiful models, and I mean guys who’ve got eight packs on their eight packs.

I remember I’d been working for a few years at this point, and I got invited to an industry party. Now, if you’ve never been to one of these things, it’s usually the opening night of an event, or it can be the launch of a new restaurant or something like that, and there’s always an open bar. These things seem to have small cliques of people, so usually, the models will hang out with the other models, and the creative people will hang out with other creative people, like hair and makeup, photographers, stylists; you get the gist. Then, the business people will hang out with other business people. I mean, we’re not actually rubbed off or anything like that, but that’s just kind of who your friends are, so that’s kind of who you hang out with.

Anyway, I got invited to this thing, and usually, you get to bring a plus one, so I took my friend. I probably shouldn’t name names. He’s wearing a seven-piece suit and he’s dressed to the nines. He’s planning this out three months in advance, and I show up in skinny jeans and a tee-shirt. He’s a bit wide-eyed, and I guess, I [inaudible 00:05:27] with all the models, and whatnot. He’s thanking me, and I run into this model that I photographed, and she’s thanking me for helping her get started and doing some of her first shoots, and all these wonderful things and opportunities that she’s had since then. I go in for a hug and I get stuck in her hair.

I’m not even joking. We’re a tangled mess of laughter. Static makes all situations funny. Sounds pretty cool. I mean, not the static part but the rest of it. It should be a big deal for me to be here with these people, but really these are just my friends. And, my friend – who I think is pretty cool but not in the industry – he’s all wide-eyed and putting in effort.

Everyone’s perception of an experience is different. Imagine navigating these situations as someone who is shy. That might be difficult for the extroverts in the room, so imagine that. But the introverts, I see you. The truth is, these situations are difficult for me to balance who that person is with who I am. I mean, being up here right now, here, is difficult. But here I am. And there you are.

You see, the truth is, most of the time, I don’t want to do any of these things. I’m still that shy little kid. I just want to be behind a camera, creating feelings. I’d like to finish off with one more story. I think queer people, especially, struggle with identity. Sometimes, the struggle isn’t so much that we don’t know who we are, but rather we don’t know how to share who we are. Before I even got on stage tonight, I was wondering, “Who are all these people? Why are they here?” So after the show, please approach me and tell me why you’re here.

I’ll be too shy to come up to you.

Anyway, a lot of what I do with my photography does have to do with identity, at least my personal work anyway.

A few years back, I saw this painting from the 1800s done by this guy named Gustave Courbet. It’s called L’Origine du monde, which in English translates to The Origin of the World. Basically, it’s this picture of a lady spread-eagle on a bed with her face covered. All you can really see is her hoo-ha. But it’s like 1970s bush, or rather 1800s bush.

Obviously, as a gay guy, I was so into that. This is so amazing. What else has this guy done? Turns out, 30 years ago, this French artist named Orlan paid homage to Courbet and created a work called L’Origine de la Guerre, which in English translates to The Origin of War. Basically, it’s a picture of a guy spread-eagle on a bed with his face covered, and all you can really see is his hoo-ha. I encourage everyone here to look up both these works. I digress.

These pics really got me thinking about it. These guys did so much with just a picture and a title. If you think about it, if you really think about it, these images say so much. So, I called up my trans friend Patrick, and I was just like, “Mate, I need to shoot your hoo-ha.” You’d think I’d be out of my element as a shy introvert, but the experience of creating the image with him was so natural. It was just a beautiful moment that we shared to create something that says something.

When I’m photographing, nothing else matters. It’s all about getting the image. I ended up calling my photograph The Origin of the Modern Man. So I photographed that, I did do that, yes, and it ended up being a finalist in the Incinerator Award down in Melbourne, which was kind of fun. I flew down for the first time and it was really all very exciting. Now, if you’ve never been to an art opening, especially for modern art, the energy is just the best. Talking to people is so easy because the works are so out there that the human experience of all that just brings everyone together… or it might be the free alcohol; I’m not quite sure.

I show up there and look who it is: None other than Bill Shorten. Apparently, he and his wife are patrons of the gallery. The story I usually tell people is that I showed up to this thing and I met him, and it was awkward but I was charming, so it was all okay because he laughed and I laughed, and we had a great time. Here is someone who could potentially be the leader of Australia, and he is here to see me. And here I am showing him a picture of my male friend’s vagina, which I took in said friend’s [inaudible 00:10:57] house bedroom. But the truth is, I would start a bet. I ignored Bill the whole night. Sigh. It’s difficult to change who we are, but the thing is, that’s okay.

Whatever issues come up on your journey, they’re a part of that journey. They’re meant to be overcome or worked around. They’re not hindering your path. So, I’d like to close with a quote by Greta Gerwig. “The problems are the road.” Thank you, everyone.