Alistair briefly dates a man who tries multiple times to convert him to his cult.

Alistair Baldwin is a writer, comedian, thought leader and sometimes blonde. He has written for The Weekly, Hard Quiz, Get Krack!n and At Home Alone Together. He is a member of experimental comedy duo Nemeses with Vidya Rajan. He has been published in Metro, Archer, The Guardian and ACMI Ideas – and is a contributor to Growing Up Disabled In Australia. 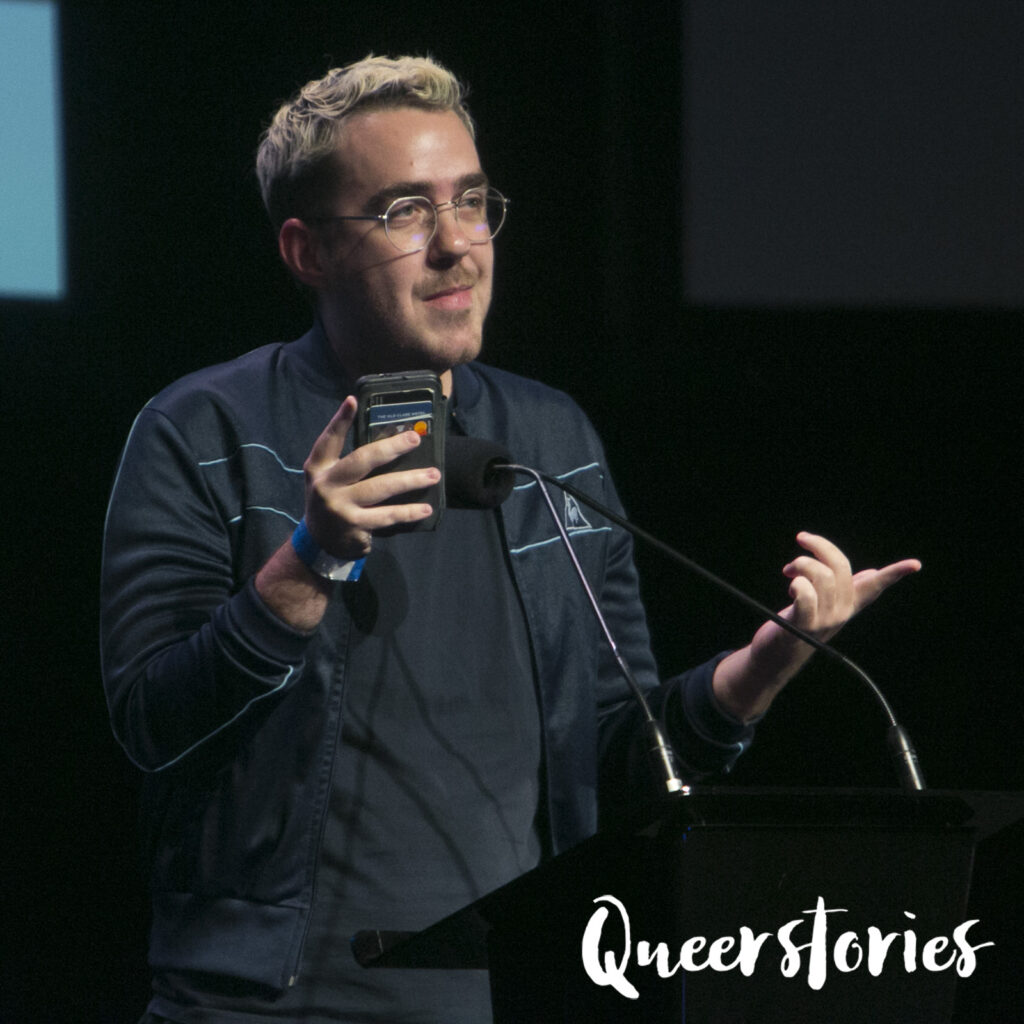 Isn’t a cult just a niche religion, and isn’t “niche” just a politically correct synonym for “kinda faggy”? Isn’t this exactly why every queer I meet wants to know what my “rising” is? Oh, the stars decide your personality? Babe, listen to yourself, this is a cult.
So, hypnotised by octopus and dick as I was, I talked myself into believing it would be homophobic to not at least give this cult a go. Rudy was over the moon, you know, the way men get when they wear you down. Arm in arm we walked into an inconspicuous office complex and took our seats.
The session was being lead by a charismatic woman from New York, not the leader leader, but definitely inner circle. She invited a volunteer on stage and asked them what their biggest weakness in business was. The volunteer said they have trouble speaking up in meetings. The New York women paused thoughtfully before replying, that must be because you were abused as a child. Tell us about it.
I wish I had left then and there, but in the room, surrounded by mesmerised nods, you buy into it. I stayed in that room for two hours, listening to this woman diagnose people looking to starting a small business with childhood trauma, and create this manufactured sense of community between total strangers by manipulating them into showing raw vulnerability.
No, it was only at the end as I approached the sign up desk to do the beginner course that I saw they wanted $500 up front and $2000 in total. In that moment I learned three valuable lessons.
One: there’s no suich thing as free lunch, especially if it’s octopus. Two: sometimes French people are correct. And three: the only cult that I’m willing to give two thousand of my hard earned dollars to is improv comedy.