Dr Rachel Richardson: On Being Seen: Stories from a Trans Childhood 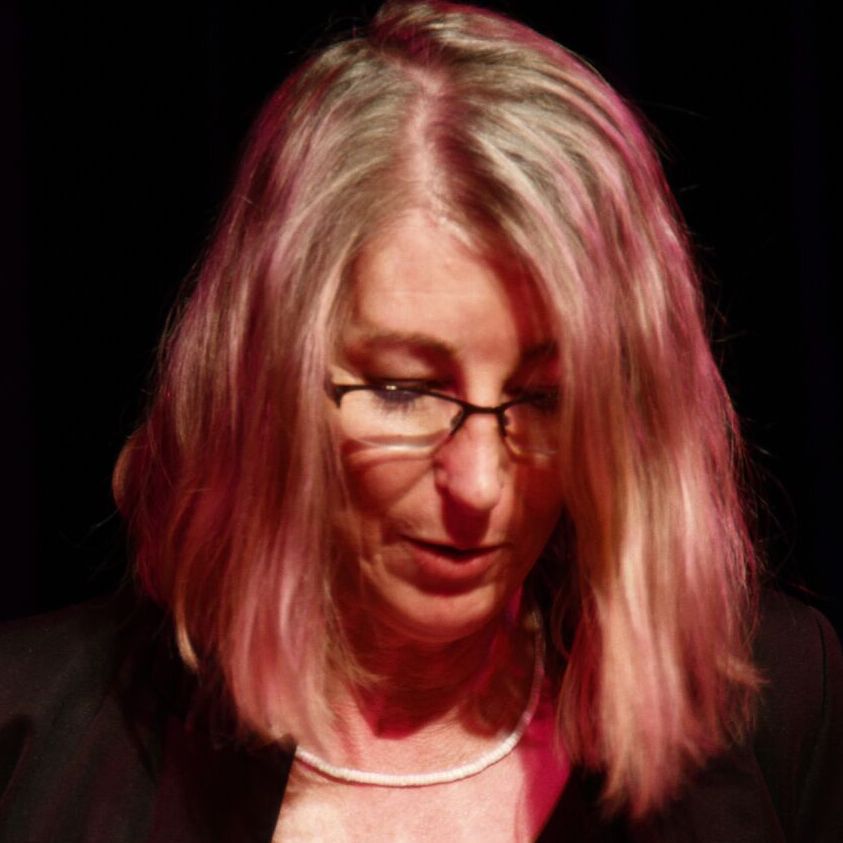 Dr Rachel Richardson is currently Sub-Dean, Learning and Teaching, with the Faculty of Arts & Education, Charles Sturt University. Rachel is a passionate advocate for the rights of Transgender people and is devoted to developing regional initiatives. She performed this story at the first Albury-Wodonga Queerstories in September 2018.

Before I start my story, I’m obliged to clarify a term I’m going to use: Cisgender. Put simply, if you’re not transgender, then you are what we call cisgender. Even in this room tonight, cisgender probably applies to nearly every person here. Tonight, I’d like to tell you a couple of stories about growing up transgender.

When I was about six, I remember being inspired by this British comedy where in one episode, some airborne pathogen gets into the room where all these people are working, causing them all to go to sleep, and when they awake they have all transitioned gender. Such a strange idea.  Well, not for a trans kid. It was not only perfectly sensible, it was aspirational.

With my friends later, I proposed a game where we did just that. I’m not sure how I convinced everyone to do this, but I do know that we did all lay down and have a  little sleep, and on my signal, we woke up and, hey, presto! Opposite gender!

I was scripting this little play, so I got to wake up and enjoy the moment first, and it felt like I had awoken in Perfect World. I was walking around smiling, and feeling I was in my natural self, my natural body, looking out onto the world as if I was in some special place beyond me, beyond here, someplace where I could be seen as I truly was: Me, girl, and seen unambiguously that way.

But slowly, at first, and then more urgently and painfully, I became aware of the voices and the presence of the other kids around me, and they were doing the weirdest things. Boys – now girls – were prancing around talking in high pitched voices and, and crying or whinging about wanting their mummy or their dolly, or something. The girls – now boys – what were they doing? Yep, stomping around and yelling in deep voices and – here’s an insight for all you gender violence experts – punching each other, or the girls.

I looked at these hysterical children punching each other and shrieking at each other, and I thought, “You people! What is wrong with you?” If I didn’t know before, that little exercise proved beyond all doubt that cisgender people were weird. And that these cisgender friends of mine were going to need a lot of cross-gender play therapy.

When I was about nine, we moved from a seaside village to a rural district – an old dairy farming area in the Hinterland behind Lake Macquarie. Not long after moving there, I made a friend. Let’s call him Rob. Rob was a lovely country kid with natural swarthy country boy looks and a face that I just liked to see… a lot.

Rob and I were the same age, were in the same class at school, and he lived on a neighbouring farm. We pretty soon became great mates. And this was pretty amazing to me because I had – up to this point – often occupied less favourable social positions. I was generally considered to be different to my peers, especially my so-called gender peers. I was not a normal boy. Even the parents of other kids thought I was strange, and really not a desirable playmate, but not this time. No.I was, for once, a best mate, and Rob’s mother thought I was delightful.

Now, I walked around with a kind of invisible mantle. I was light of step, happy beyond caring, and lived for the next time that Rob and I would spend time together. Because it was my special talent, Rob and I played a lot of imaginative play – much of it scripted and directed by me, the frustrated filmmaker.

One day, playing down by the creek, as we would do, we agreed to play Robinson Crusoe. I decided we needed to go for authenticity, tropical island castaway style. Rob agreed. Next thing, we were standing there naked with some paperbark torn off the trees along the creek bed as our clothes. I tucked some paperbark sheets in my belt, creating a little native skirt. We might’ve been in a dry creek bed in a cow paddock, but I certainly felt very authentic.

We decided on roles. Rob would be Robinson Crusoe: Tall, swarthy, and resourceful. And I would be… Well, I would not be Man Friday. No, I would be Girl Friday. I raised this tentatively at first but, amazingly, Rob went with it, and we played for too short a time that day, with him defending us from animals and other imagined threats, and me looking after his wounds and making us lovely dinners.

And for once, and not the last time in our friendship, I felt someone could really see me, really knew who I was, and didn’t care for the incidental artefacts of my body that everybody else in my life just couldn’t overlook. It was the safest I had ever felt with a cisgender person, and the only time in the next 40-odd years I would ever feel unjudged and free to be myself with another human being, even if it was just all play.

Of course, Rob and I, we didn’t last as friends. I did manage to sneak in a few girl roles for me in some of my gender-bending scripts we played out, but by the time we were twelve, our time was running out. Rob found new friends, real cisgender friends, real boys he liked knocking about with, and he got a girl friend when we went to high school. Mandy, a real girl.

The last time Rob and I really spoke, I told him I wished we could still play like we used to and be friends like we used to. I told him I didn’t like his new friends and that they were taking him away from me. Couldn’t he see that? Didn’t he know they were bad news? They were rough and horrible. But he just said I was wrong. They were “great guys.”

“You don’t give a stuff about me!” I retorted, tears streaming down my face. His slightly scared expression and silence told me that, no, he didn’t really care about me anymore. All he could see was a sad, lonely weirdo with tears and snot dribbling over my lip. We rode our bikes home in silence that day. At the turnoff to my place, he just said, “See ya,” and rode on without looking back.

I used to dream of being able to be seen as I really am, being identified everywhere, unambiguously as me, a girl, and not just any girl, either. No. I wanted to be the girl that every other girl wanted to be: The cool one, the naturally sweet and carefree one, the one who just knew what to wear and how to wear it, the girl whose bright smile could lighten a mood, whose lithe and graceful body could entrance the onlooker like the Girl from Ipanema, the girl with girls just hanging out to be her friend, to be on her team, in her life, to be, well, Her. You know, like Marsha from The Brady Bunch.

And the jealousy I felt towards cisgender people who just had that privilege – whether they revelled in their gender role or not – consumed me. It made me bitter, sad, lonely, and depressed. And we all know where that leads, don’t we? It leads to that act of desperation and loneliness that finally reveals to the world how sad and unfulfilled as a human being you really are. You know, the thing we can barely talk about, that final act of hopelessness in life: The thing starting with “S.” Yeah, that thing… Songwriting.

Yeah, in the years of frustration, loneliness, and feeling different, awkward and alien, I’d spent a lot of time on my own in my bedroom teaching myself how to play the guitar. And I had things I needed to get out of my soul, and they found their way out of my fingertips onto the guitar strings, through my voice, and with practice, eventually, beyond my bedroom and into public performance. And my 16, I’d actually become a star. Well, at my high school and district music camp at least.

Songwriting and performing saved me from the worst effects of my dysphoria. It sustained me for a long time through dreams that never came true in a world that could only see something that I wasn’t.

It took years for me to believe that I might stand a chance to be me, to find a way back to me, back through the life decisions, the concealment, the songs, the crushes, the childhood gender games, the inklings of gender exclusion and confusion, back through all of it, back to me; a me that could be seen.

Decades after I started out in this world as a weird little trans kid, I found myself lying on an operating table about to receive ‘Gender Magic’ on the one part of me that mattered most in being seen as I truly am: My face. And as I laid there on the operating table, rigged up to heart monitors and intravenous feeds for a marathon nine hours of grinding and tearing away layers of testosterone-induced bone growth and invalidation, I thought of a song, a song about being seen, about being heard, being true to yourself: Paul McCartney’s Blackbird.

Blackbird singing in the dead of night

Take these broken wings and learn to fly

You have only waited for this moment to arrive

You have only waited for this moment to be free.