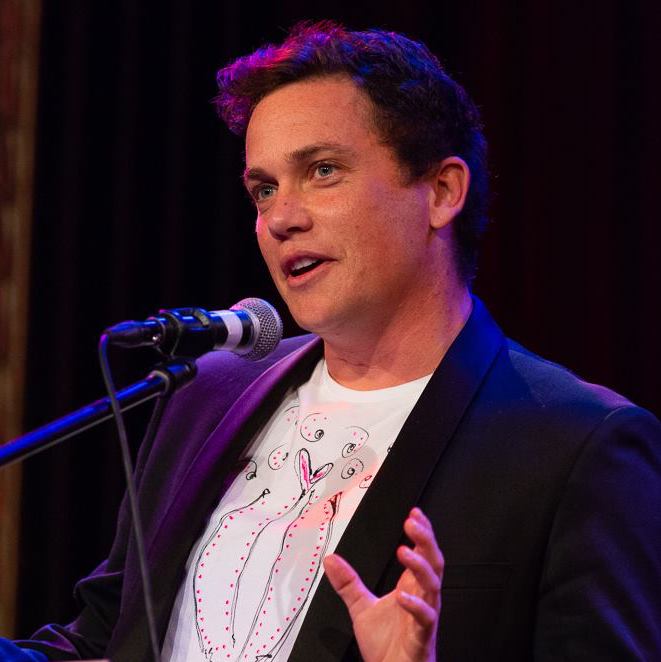 As the lights went up and the man sitting by my side brought his attention to me, I found myself reflexively using a protective politeness I had not expressed for years. I had reasons to not go for a drink with him and I explained them without revealing where I was going or where I was staying. I gave the impression I was not there alone.

I left, and as I made my way through the cobbled streets, the uneasiness of how I had reacted came with the memories of life being seen as a girl, a woman, and realising that after years of the world seeing me as a masculine woman, through transition I had re-entered the male gaze.

The second show I was on my way to, through a Scottish, wintry, summer’s night, was Betty Grumble’s Love & Anger.

“Raise your hand if you came here to see my vagina?” She asked the audience before lifting her skirt, and lip syncing with her vulva, cartoon eyes pasted onto her butt cheeks. It was a yonic opera of a show, that did nothing if not subvert the male gaze. Not only had I re entered the male gaze, I had become the male gaze.

I left Edinburgh and returned to my family’s home in the south of England. At that time, it was a house of grief: Grief for my father who was in the final stages of cancer, grief for who they thought their daughter was and grief for my future, which they felt could now only ever be lived on the fringes of society. To them, secrecy would be preferable. Secret in the way my father had kept his own queer history, and as generations had learnt was the only way to survive.

So, back in Australia when Patrick asked me if I wanted to do a photo shoot in an abandoned gay sauna, this is where my mind was at. Patrick, our photographer, who’s not a gay man himself but who I like to think of as having bear-like qualities…

My body was also taking me to a place where gay saunas could be both newly accessible and desirable. I wrote in Archer about the metaphor of breaking in, but on the day it only took a hard shove. We weren’t the first, and there was broken glass and graffiti scattered throughout. You can see the image of me sitting on the slide of the empty pool, looking back to where a mirror used to be, with graffiti saying, “Like my clit,” and “Suck me off,” by the side of my head.

The building was dark and confusing, and had a general good-place-for-a-murder feel about it. Patrick brought his cameras, I brought a bag with a torch, towels, a tuxedo shirt and three dicks in it.

There were few images available to me of this place as it had once been. Some were of black and white images of drag shows by this same pool, men’s legs in the water, white towels around their waists. There were grainy shots of politicians caught leaving, and articles about their subsequent resignations. Then, after some looking, a short video of William Yang’s Sydneyphiles, of beautiful, loving images, and William himself stating, “We want our stories told.”

I wanted to play on the secrecy of those caught out: The flash of a camera, a shocked face, the darkness of a glory hole under scrutiny. We tried it, but space informs art and the depiction of an invasion felt like the enemy of intimacy, and those weren’t the shots we were into.

But we didn’t ditch the glory hole altogether.  You can see me standing at one in this second image, taken from the other side of one hole, looking up at my creased shirt and my thick, veiny forearm.

“Oral history of the glory hole” was what I wrote down in my notebook when I was trying to research the history of saunas. Generations ago, they were places of secrecy and discretion. Dark, unmarked places government forces sought to destroy. Spaces for men. Spaces then that I did not feel were quite mine.  A history told through the laws written to end them.

Exclusion as a sensation is part of what my body is built of. Something felt so often, it is hard to distinguish when it comes and goes. Being trans, yes. Living as a foreigner, yes. Moving so often it became a rhythm I had to repeat, yes. Being different, feeling different. Exclusion was something I wanted to express.

Barber shops were somewhere I had been turned away from over and over again, and so Patrick and I’s first shoot had been me in a barber’s chair getting a shave. The image is taken from above with me looking up, and Tommy J’s tattooed arms reaching across to shave my face. At that time, we were neck-deep in the postal survey and I wanted to send a message to the world. I’m not sure exactly what I wanted to say but it was something along the lines of, “Fuck you.”

The gay sauna was a new space for me, a place of uncertainty, for me, for my body. A community space perhaps, or somewhere else where a welcome might be unsure. One of the spaces we have historically both hidden and protected ourselves in. When you’re told you’re going to fail, that your life is worth less, an act of arrogance can feel like an act of resistance. In the face of this fragility,  we, as queers, strike a power pose.

In the Roman rooms of the sauna, we could hear people talking on the pavement outside. It was here that we shot Kaya and the 12 Kayas: Thirteen images of me stitched together, positioned amongst the columns of the Roman room, gazing away, literally checking out my own arse, because if you’re not referencing religious art in a gay sauna with your trans body cast in every single role, can you really call it a power pose?

Whether I am considered successful by other people in my life is becoming less and less relevant. Part of how I define success for myself is not having to be hidden. And of the many things we can learn from the lives of queers  and artists that came before us, from the Candy Royalle’s of this world, is to live one’s art and claim one’s space. Thank you.