Jacob Thomas – An Ode to Keith 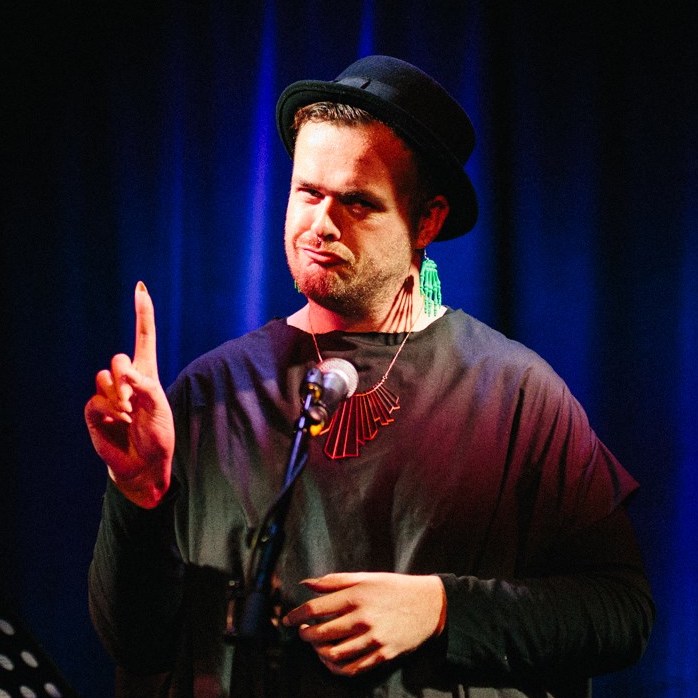 This week – Jacob Thomas works and volunteers in numerous fields including aide and development, LGBTQIA+ advocacy, gender equality, start-up consultancy, higher education, human rights, youth development, and international policy. Jacob sits as the SOGI executive member of the Commonwealth Youth Gender and Equality Network, and sits on the UN Women’s Taskforce for Youth and Gender Equality. In 2016 they were one of two Australians to receive The Queen’s Young Leaders Award for their work in suicide prevention and creating accessible pathways for LGBTQIA+ people. It’s really hard to say that fast – LGBTQIA+ people. I should be able to by now. Jacob Thomas.

An Ode to Keith, aka, Old Mate.

July 26th 2017, 9:32 A.M. I receive a message from Matthew Wade, Editor of Star Observer. The message reads, “Hi, Jacob! I hope you’re well. For the next issue of Star Observer, we’re having a youth themed issue and are hoping to champion and shine a light on amazing young LGBTI people, as well as the issues facing them. I was wondering if you might be interested in being our guest writer for the month. Let me know if you’re interested – Matt.”

I love it when people reach out to me to talk or write. It makes me feel warm inside and that I have something to contribute, something that matters. After some soul searching, calling deep on my courage, thinking, “What would Brené Brown do?” I shoot back my reply. “Hi, Matt. I’ve been mulling it over. I’m thinking of doing a piece about trauma and survival stemming from bullying and abandonment.” Because who doesn’t love a story full of sorrow and trauma with no clear conclusion?

The entire time writing this article, I can’t help but get this voice in my head that’s just like, “Jacob, my goodness, you’re going to be known as the Trauma Queer.” And I kind of was. The article ran on September 4th and had a wider impact than I had anticipated. I had people messaging me their own stories, strangers commenting and praising my honesty. I recently found out that a young person I admire ripped out the article from its stapled spine and saved it as a reminder that he too can navigate his traumas.

I’m oddly comfortable talking about trauma. It’s what I research, it’s often a first date conversation, which kind of goes like, “So, what’s your star sign and who hurt you as a child?” I know. I’m a hoot.

And I jokingly swap the ‘T’ from referencing my transness to trauma in the shared acronym because sometimes dark humour is how I cope when the world makes me feel small and insignificant. But this story isn’t about trauma, it’s about the guy who was with me while I wrote it. My old mate, Keith.

Keith and I have known each other for a long time. We met one rainy day when I was nine-years-old and we’ve been inseparable ever since. To be honest, I’m not sure if it was raining or not. I remember being inside, lying down on a bed in our friend’s home. I remember feeling isolated and detached, as though there was a space of emptiness that sat between my skin and the universe. Keith came in to this room and sat on the floral duvet. He stroked my head and wiped away my tears. Softly so, he leaned in and said, “Don’t worry, I’m here now.”

Keith comes to visit me every now and again. Where I go he tends to follow. He fuels my creativity, he makes me question long-held philosophies about existentialism, purpose, Aristophanes. He sits on my bed when he comes to visit, sometimes joyfully playing around and pinning me to the mattress so I can’t get up. He holds me down, sometimes sitting on my chest and blowing raspberries in my face. *Blows raspberry*

I treat it like a game; rough housing as though we’re children testing our strength. Keith is actually more like a live-in. He isn’t exactly a housemate, he’s not like a squatter. He doesn’t pay rent but he pays his way through other means. And sometimes, Keith is careless. But who isn’t?

Keith doesn’t always know his own strength. Sometimes when I’m trying to get up after he’s pinned me down. I have to tell him, “That’s enough for today.” But he doesn’t always listen. “He isn’t trying to hurt me,” I say. “He just doesn’t know when enough is enough.”

He’s a mirror hog in the morning when I’m trying to get ready for work. He stands in my way so that I can’t see myself. Instead, he smears the reflection so that all I’m left with is a haphazard guess that I’m still beautiful.

He forgets to tell me when someone has called or sent a message. Or, conversely, he shakes me the second the buzz of my phone ripples through the denim that cover the legs that Keith says he doesn’t always like to look at.

And sometimes, Keith is mean.

Every morning when I walk through my train station, racing to my connection, Keith jumps on my back and holds me, clenching his arms around my throat. Keith tells me that what I do doesn’t matter and isn’t important. He takes the fun out of the things that I love.

He’s a terrible wingman. Like the worst.  He tells me to date people who have no capacity for love because, according to Keith, “At least we’ll have something in common.”

Keith used to tell me that I shouldn’t be around anymore. He’s stopped doing that now, but it will always be the hardest thing he said to me when we met nineteen years ago.

Keith goes by many names. He’s a chameleon of human existence and a jack of many trades. I call him The Big Sad when I don’t want to say his name. He represents all of the things I’m afraid of: Masculinity, power, domination, and subordination. He’s every memory of abandonment, hurt, and a reminder of every time I’ve been harmed. If Keith were to be considered part of me, rather than something external to me, he would be male so to represent all of the other men who’ve hurt me in the name of love or family. And, perhaps, oddly, Keith isn’t all bad.

Keith has helped me in finding parts of myself I didn’t think would inspire pride in me or in how others see me. He helped me find music and gave it special meaning. He was there when I cried to SIA; who hasn’t?

Reminding me she was an anchor through 2010 when a friend passed away. Keith has inspired creativity through my drag, pushed me to move my body in ways I never considered, and design costumes that make the most beautiful, meaningful, and perhaps vulnerable parts of my life visible for anyone who paid for a ticket.

Keith has, in some maladaptive sense, pushed me into the work I do now and toward the person I’ve wanted to be. He helped me find my authentic self through telling me who I should be. When he made me feel miserable, he also gave me perspective to see others who have their own battles with their own Keiths. Keith is both my ray of sunshine and my darkest cloud. He is everything I’ve learnt to hate about myself and all that I’m reclaiming as my own.

I wouldn’t say that I love Keith. Our relationship is far too untenable and fractured to call it love. Perhaps it’s admiration I feel; that of his persistence to refuse to let go of me even when I want him to. Maybe it’s being scared of finding out who I am without him, co-dependent, and independent at the same time.

Whatever it is that Keith and I have, it will most likely be forever. And unlike the other men in my life that have hurt me, abandoned me, attempted to break me – and some have succeeded – Keith and I both know that this dysfunction is our most functional. We accept what we cannot change about each other and do our best to coexist. Perhaps Keith has taught me to never stay with a man who would treat me the way that he does, because how my depression treats me is something no person should ever have to experience at the hand of another.

Maybe what I mean to say is thanks to my old mate. In being held down for so long, against my will and want, Keith has helped me understand what it’s like to be finally let go. Thank you.